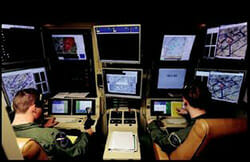 On Monday, September 14, the Air Force Times, a weekly newspaper with a circulation of over 65,000 subscribers who include active, reserve and retired U.S. Air Force, Air National Guard and general military personnel and their families, published the advertisement below (select “read more”), carrying a message from 54 veterans urging US drone pilots to refuse to follow orders to fly surveillance and attack missions, citing international law. Courage to Resist is proud to have contributed to this historic effort, which was organized by Iraq Veterans Against the War, KnowDrones.com, Veterans for Peace, and World Can’t Wait.