Shut Down Creech Air Force Base 2019 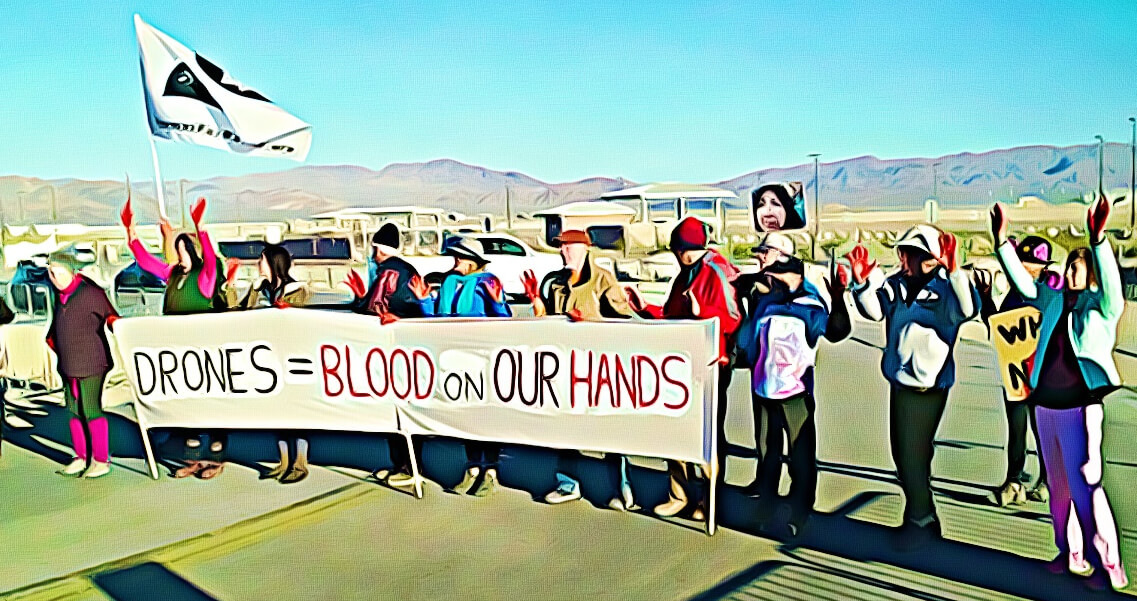 Ground the Drones, Stop the Bombing Everywhere, Demilitarize! Join CODEPINK, Veterans For Peace, and others at CREECH AFB, NV.

WHAT: We are marking 10 YEARS of DRONE RESISTANCE at Creech AFB
WHEN: September 29 (Sunday) to October 5 (Saturday)
WHERE: Creech Killer Drone Air Force Base, Indian Springs, Nevada

Join us! SAY NO TO THE ULTIMATE IN RACIST VIOLENCE:
U.S. REMOTE MURDER and TERROR BY DRONES around the world.

This October will be the 18th Anniversary of the War on Afghanistan.  We will commemorate that event and stand in solidarity with the Afghan people and their right to live without U.S. occupiers. We also deeply hope that by the time our fall action approaches, we will NOT be at war with yet another country, Iran.  Bring all the troops home now!  WAR IS NEVER THE ANSWER!