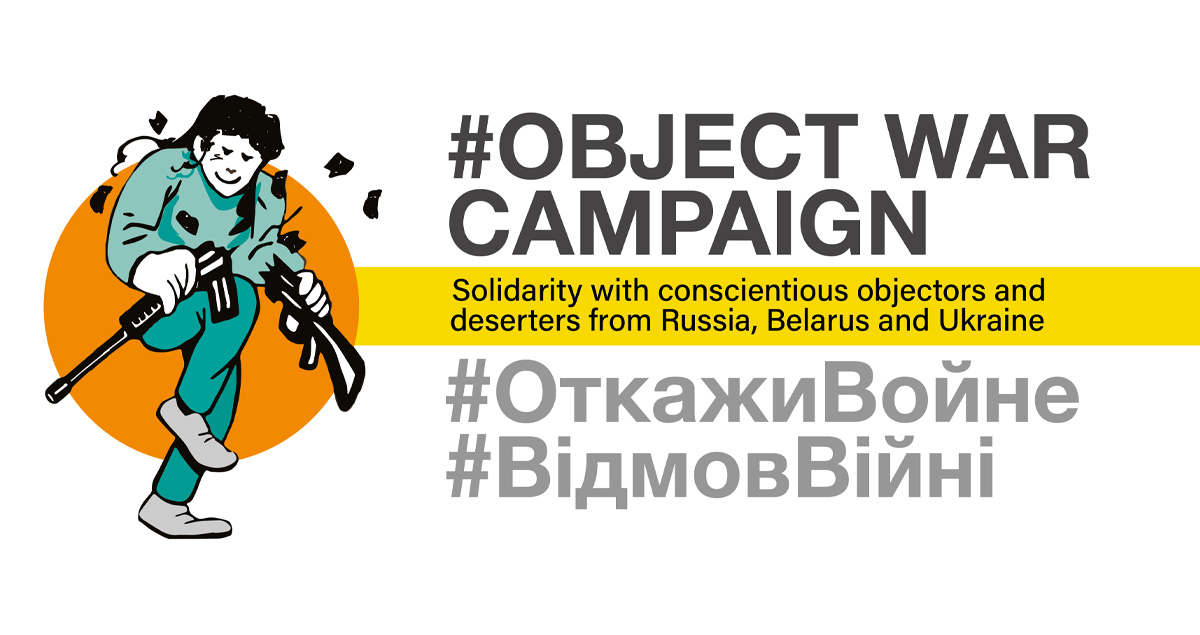 Forwarded from the Payday Men’s Network

Please sign the petition below to the European Commission/Council/Parliament demanding “protection and asylum for deserters and conscientious objectors” from Russia, Belarus, Ukraine and to “open the borders to those who oppose war at great personal risk in their country”.

An Appeal to the European bodies was signed by 60 organizations in June of this year. Your signature on this petition will strengthen and publizise that appeal. The petition will be handed in early next year during an action in front of the European Commission in Brussels.

This petition is run by Connection e.V., International Fellowship of Reconciliation, European Bureau for Conscientious Objection and War Resisters’ International.

Payday men’s network, working with the Global Women’s Strike, campaigns for the right to refuse to fight for all soldiers, conscientious objectors, deserters and people who refuse conscription.

The situation is urgent for refuseniks: Ukraine has suspended conscientious objection and men between the ages of 18 and 60 are forbidden from leaving the country, and European borders are being closed to Russian and Belarusian refuseniks.  The penalty in Russia for refusing the draft is up to 10 years in prison and in Ukraine, it is at least one year, and likely much higher.

We see this initiative as beginning to make the case that all refuseniks in all countries must have the right to protection and asylum. Please sign up now!

We ask you to: