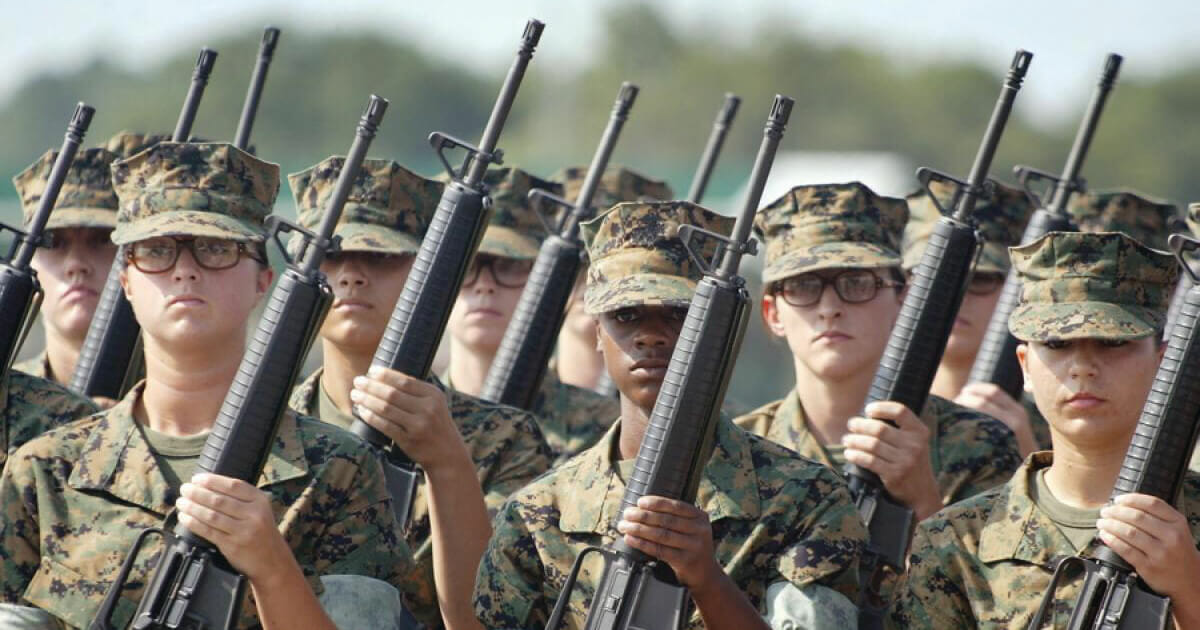 by Edward Hasbrouck at AntiWar.blog

Two years ago, Doug Bandow and I were both invited to testify before the National Commission on Military, National, and Public Service (NCMNPS), which was appointed to study (and give Congress political cover for its decision on) whether to finally end Selective Service registration after forty years of failure, or to try to get women as well as men to sign up to for a draft “just in case” the government wants to fight so large, so many, so prolonged, or so unpopular wars that it can’t recruit enough volunteers.

A lawsuit pending in the Supreme Court (the government’s response is due April 14th) is likely to lead to a ruling that the current male-only draft registration requirement is unconstitutional. That leaves Congress with two choices: End registration or expand it to women as well as men.

But as I learned when some of the records of internal NCMNPS deliberations were finally released by the National Archives after the NCMNPS was disbanded (I’m reluctantly suing the Archives to stop their plan to destroy the rest of the records of the NCMNPS before the public can see them), the NCMNPS never seriously considered the possibility of ending registration, despite being unable to come up with any realistic scenario to justify it.

“I want to pose a hypothetical scenario,” Brig. Gen. Joe Heck (U.S. Army Reserve), Chair of the NCMNPS, asked me in a question that showed the lengths of fantasy to which proponents of conscription have to go to justify maintaining readiness for a military draft: “We’re in a Red Dawn scenario where we are being attacked through both Canada and Mexico. There is no Selective Service System…. There’s been a Presidential/Congressional call for volunteers…. However, the response has not been enough to meet the threat… How would you propose to meet the demand?”

Given how shaky the arguments are for continuing, much less expanding, draft registration and contingency planning for one or another sort of draft, it’s not surprising that some in Congress want to avoid a full public hearing or public debate about military conscription.

Today the Senate Armed Services Committee is holding a one-sided hearing for former members of the NCMNPS, led by Brig. Gen. Heck, to pitch their package of recommendations including the expansion of Selective Service registration to women. No critics of the NCMNPS or advocates for ending Selective Service registration (the alternative to expanding it to women) will be heard from.

With the Senate having thus bypassed any real debate, any hope of a full or fair public hearing before Congress decides to expand draft registration rests on the House of Representatives.

Today critics of the NCMNPS who advocate ending rather than expanding Selective Service sent a joint open letter to the leadership of the House Armed Services Committee (HASC) and its Military Personnel Subcommittee, asking the HASC to hold “a full and fair hearing on this issue that considers both policy options before Congress – either ending Selective Service registration or expanding it to women – and that hears from witnesses in support of each of those options.”

According to the letter sent today to the House Armed Service Committee leadership:

“The Selective Service System exists to maintain the apparatus of a military draft: a system expressly designed to coerce people who otherwise would not join the military to do so.

“As we and many other peace-loving Americans see it, this is a choice about militarism, not a choice about gender equality. Expanding draft registration to women would bring about a semblance of equality in war (although women in the military would likely still be subject to disproportionate sexual harassment and abuse). Ending draft registration would bring about real equality in peace and freedom….

The letter also notes issues that Congress needs to consider, because the NCMNPS didn’t:

“Regardless of whether anyone ‘wants’ a draft, evidence ignored by the NCMNPS suggests that a draft may not be feasible or enforceable in the face of current and likely future noncompliance. Like it or not, realism demands that you recognize the constraints placed on government action by popular (un)willingness to comply with government demands.

“The SSS counts as ‘in compliance’ any man who has registered, even if he registered years after he was supposed to do so, and moved soon afterward without telling the SSS….

“The SSS needs current addressees to deliver induction notices, and men are supposed to notify the SSS every time they move until age 26. But this requirement is unenforced and almost universally ignored. Dr. Bernard Rostker, who managed the start-up of the registration program in 1980 as Director of the SSS, told the NCMNPS that the current database is so incomplete and inaccurate as to be ‘less than useless’ for an actual draft, and that registration should be ended rather than expanded to women.

“Enforcement of the criminal penalties for nonregistration was abandoned in 1988 after show trials of a handful of nonregistrants proved counterproductive. In preparation for one of its hearings, NCMNPS staff contacted the Department of Justice but were unable to find any current guidance on Selective Service enforcement. Records released by the National Archives after the NCMNPS was disbanded show that the NCMNPS conducted no research on current or projected compliance, noncompliance, or enforcement. There’s no enforcement plan or budget in the NCMNPS report – leaving it to Congress to come up with a credible enforcement plan and budget before you vote on any proposal to extend to women the criminal penalties for willful failure to register with the SSS.”

Unfortunately, many in Congress are afraid to be seen as being against war, even if they know that draft registration has failed. If we let them get away with it, they will quietly slip the expansion of Selective Service registration to women into this year’s NDAA, possibly without any separate hearing or vote. Antiwar activists need to contact their Representatives in Congress now to tell them that, as the letter sent today to HASC leaders concludes, “Forcing people into the military is a serious matter that deserves full Congressional debate.”

Edward Hasbrouck maintains the Resisters.info website and publishes the “Resistance News” newsletter. He was imprisoned in 1983-1984 for organizing resistance to draft registration.