“The Boys Who Said No!” U.S. Digital Film Premiere 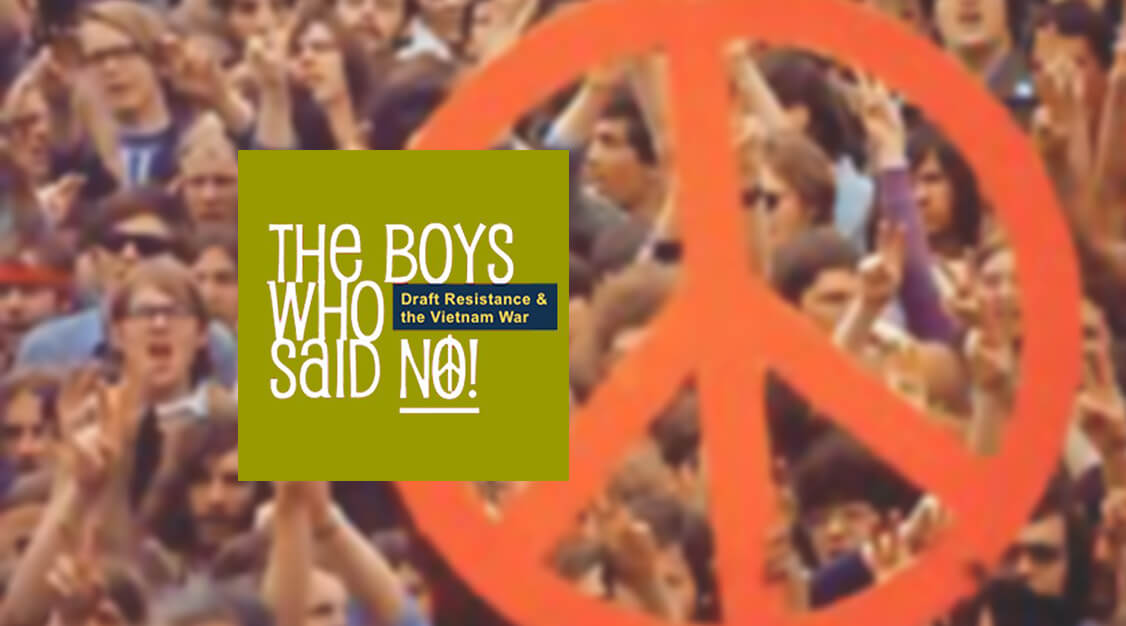 The Boys Who Said NO! is the first documentary film to profile the young men and women who actively opposed the military draft in order to end the Vietnam War. The film shows how their personal and collective acts of nonviolent resistance, risking arrest and imprisonment for up to 5 years, were a critical part of the antiwar movement, intensifying opposition to the war and eventually forcing an end to both conscription and the war.

The film will have it’s US Premiere as part of the Mill Valley Film Festival. The film will be available to view online from October 8th-14th, 2020.

The film will also be shown as part of The United Nations Association Film Festival on October 25th at 8 pm (Pacific Time).