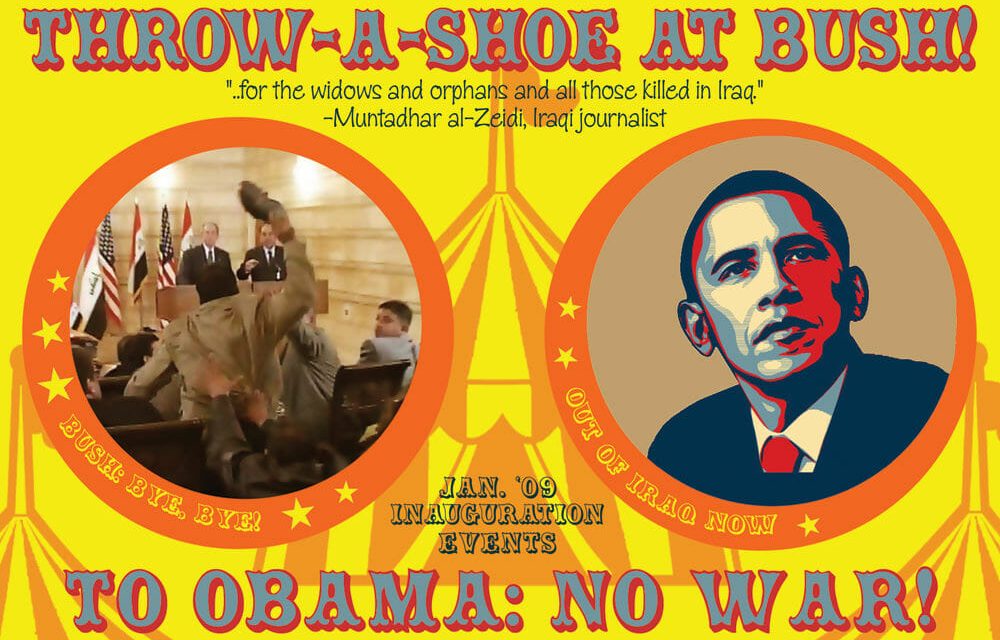 Throw-A-Shoe at Bush! To Obama: No war!

Hundreds joined Courage to Resist and Direct Action to Stop the War activists in San Francisco in throwing shoes at Bush over three days leading up to the Obama inauguration. Below are videos and photos from these events.

Iraqi Journalist Muntader al-Zaidi threw his shoes at Bush while saying, “This is for the widows and orphans and all those killed in Iraq.” We symbolically join him as Bush leaves office. We also throw shoes for the widows, families, and US service men and women killed in Iraq and Afghanistan. We throw shoes for those who are hurting while billions are wasted for war instead of bailing out those of us lacking food, housing, healthcare, and education.

We take Obama seriously when on election night he said, “This victory alone is not the change we seek; it is only the chance for us to make that change.” Will you join us in publicly committing that “we the people” will organize ourselves and take action to make those changes? We agree with Obama’s statement, “I don’t want to just end the war, but I want to end the mindset that got us into war in the first place.”

Here are 5 key changes that will begin to do this.

1) ALL TROOPS HOME FROM IRAQ NOW!
Including “non-combat” troops, private contractors (i.e. Blackwater), and close all US military bases in Iraq.

2) HELP REBUILD IRAQ
Give reparations for the human and structural damages Iraq has suffered, and stop the corporate pillaging of Iraq so that their people can control their own lives and future.

3) NO ESCALATIONS, NO NEW WARS
* No escalation of war in Afghanistan; troops should be withdrawn.
* Stop attacks inside Pakistan. Don’t attack Iran.
* Cut military aid to governments that violate human rights or international law, such as Israel in what Amnesty International calls an “unlawful attack on Gaza.”
* Close Guantanamo and all secret prisons

5) SUPPORT VETERANS
* Amnesty for all GI resisters who refuse illegal war.
* Full benefits, adequate healthcare (including mental health), and other supports for returning servicemen and women.

Photos by Jeff Paterson for Courage to Resist 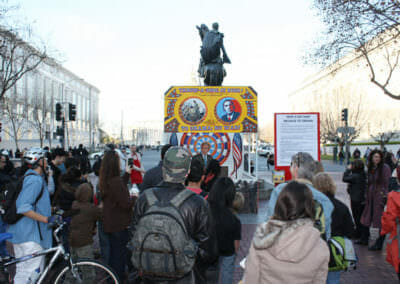 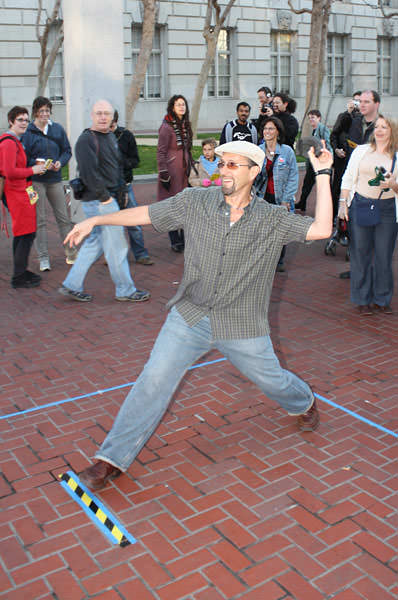 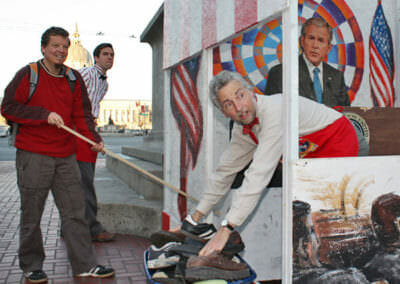 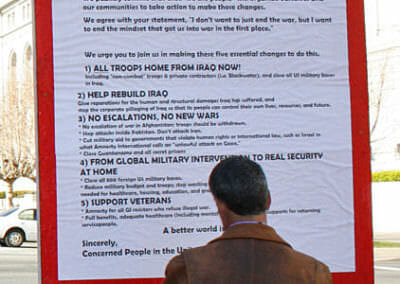 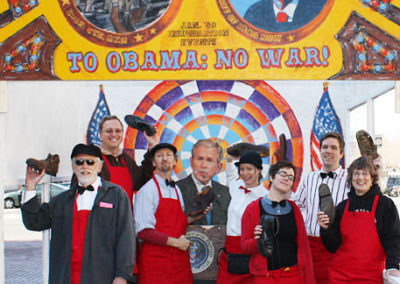 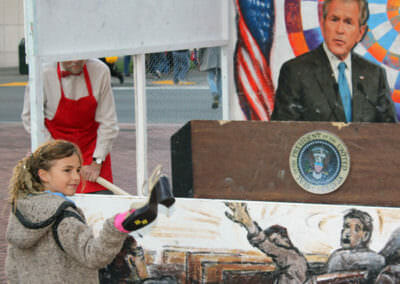 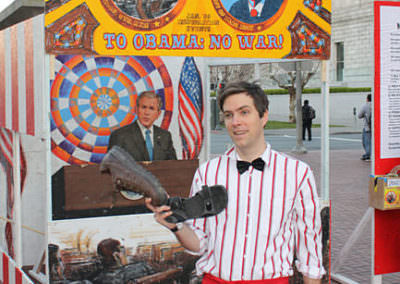 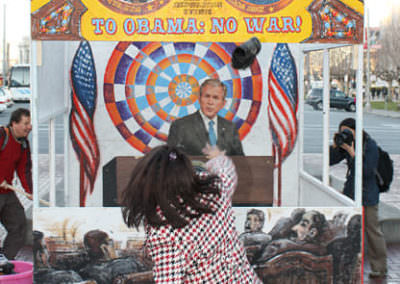