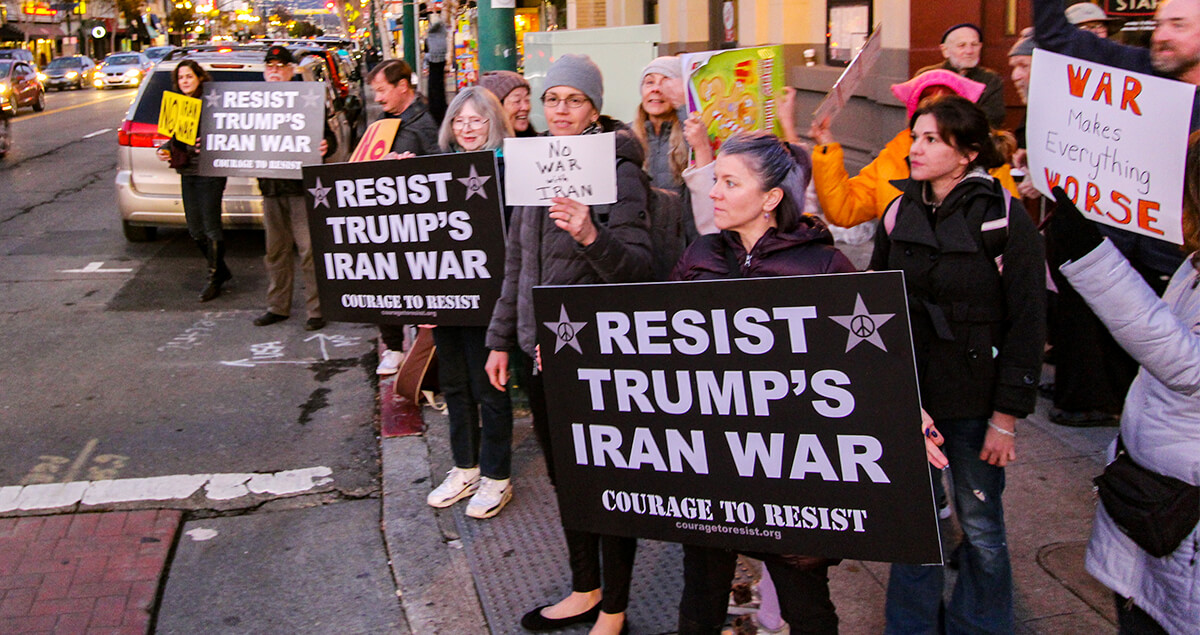 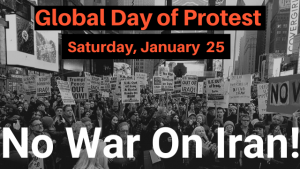 The Trump administration is dragging the United States into a war with Iran that could engulf the whole region and could quickly turn into a global conflict of unpredictable scope and the gravest consequences.

The people of the world need to rise up and stop it. For all who believe in peace, for all who are opposed to yet another catastrophic war, now is the time to take action. On Saturday, January 25 in cities across the globe, there will be protests against a new war in the Middle East. Please join us. For information from CODEPINK at codepink.org/01252020

No War With Iran: Day of Action
Thursday, January 9th

On Thursday, Jan. 9, at 5pm local time, the anti-war majority in this country got visible to oppose Trump’s war and say #NoWarWithIran. Endorsed by Veterans For Peace, About Face, Indivisible, Win Without War, Indivisible, NIAC Action, and more. There are over 350 events nationwide! Find and join an action near you:
nowarwithiran.org