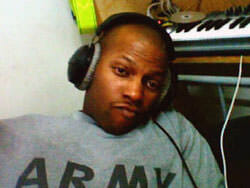 Stop-lossed Army Specialist Marc Hall (aka Hip Hop artist Marc Watercus) was placed in the Liberty County Jail Friday, December 11 for speaking out against the continuing policy that has barred him from exiting the military, including recording an angry and explicit song. Servicemembers do not completely give up their rights to free speech, and certainly not when they do so artistically while off duty. However, the military intends to hold Marc in the county jail for months of pre-trial punishment before court martial. This could become a precedent setting case for boundaries of dissent within the ranks. Free Marc! Free speech! Free the troops from Stop Loss!

Marc Hall is the self-professed “first Hip Hop President of the World”, with the issue of ending the Army’s “Stop Loss” program being at the top of his agenda. On a music website, he explains, “I am a political artist. I rap about real issues in life in hopes to recover a solution. Life is based on decisions we make. So we should make decisions that will make us better in the future and fully aware in the present.”

He was shipped off to jail after talking to to his Ft Stewart, Georgia commander Captain Cross about not wanting to redeploy. The military currently intends to keep Marc in pre-trial confinement until they court martial him months from now for a violation of Article 134 of the Uniform Code of Military Justice, which covers “all disorders and neglects to the prejudice of good order and discipline” and “all conduct of a nature to bring discredit upon the armed forces.” In other words, for an angry song entitled “Stop Loss” that artistically expresses some of his frustrations.

On a posting on his website, Marc co-authored and published the following statement regarding his situation: 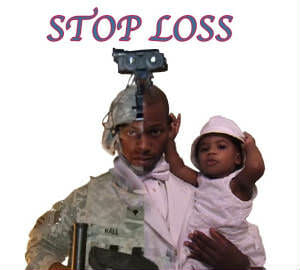 Specialist Hall is a soldier in the US Army Schedule to leave the ARMY February 27th 2010. He is in a Unit that’s deploying back to Iraq some time in November, December of 2009 or early next year. That’s right before he get out. There’s a possibility that the ARMY want’s to have its cake and eat it too. With the ARMY all ready meeting its numbers the ARMY don’t want to let go used troops. After explaining Specialist Hall’s situation with Congress and the Pentagon , and his company commanders and Sergeants at 1st BRIGADE B-CO “2-7 IN” and 1st BRIGADE F CO BSB at Fort Stewart Georgia about his inability to perform this deployment operation this time around– showed little encouragement; But once again they don’t take heed to the warning signs of soldier’s morale when it came to them being effected in dangerous ways when it came to the “Stop Loss”, “Stop Movement” and or “Fenced In” policies. The Army can call the Stop Loss Policy a different name But it all means the same thing–“Stop-Loss”. Specialist Hall’s wish is to get out the ARMY on time like his Active Duty contract states- Three years and 28 weeks of Active Duty. His ETS Date is as stated “February 27th 2010”. By the will of God he said to our editors he shall be release back to his life as a civilian and a father. The way a Father should be there after serving the people of the United States of America.