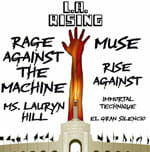 We were excited to be a part of the LA Rising music festival last Saturday, July 30. As part of the festival’s “Re-Education Camp”–a collection of 30+ nonprofit organizations–we were able to highlight the international campaign to support accused WikiLeaks whistle-blower Bradley Manning. The festival was presented by Rage Against The Machine and also featured Lauryn Hill, Muse, and Rise Against, at the Los Angeles Memorial Coliseum. Hundreds of folks, mainly between the ages of 16 and 26, signed up to be remain informed about our ongoing work in support of Bradley and all GI resisters. Tens of thousands of festival goers watched our Bradley Manning 100 second video on the massive video screens between set changes! 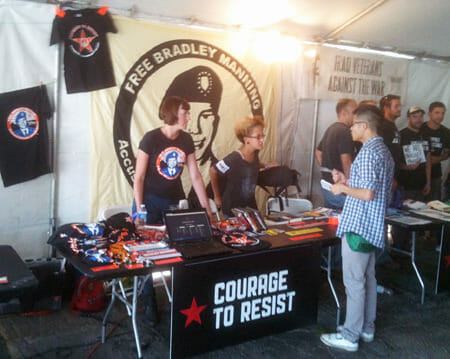 Above: Courage to Resist staff talked to hundreds of folks throughout the day. Below: The sold out LA Memorial Coliseum was ready for Rage Against the Machine. 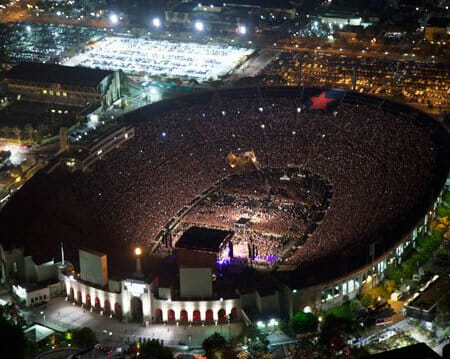