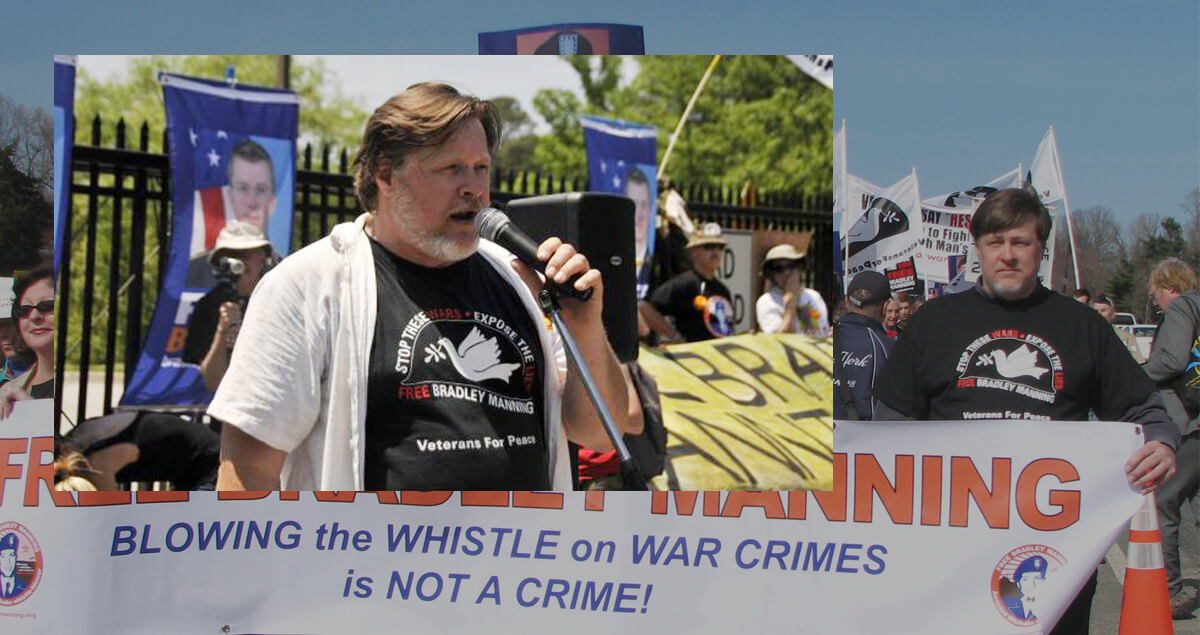 Kevin was an attorney and longtime activist who spent much of his life fighting to end the war on drugs and criminal US wars around the globe. Kevin was often a Green Party candidate and strategist, a core organizer of the 2011 Occupy encampment in Washington, D.C. at Freedom Plaza, and a leader of the Embassy Protection Collective that occupied the Venezuelan Embassy on behalf of the legitimate government of Venezuela when the US Government handed it over to the failed right wing coup leaders.

Courage to Resist worked most closely with Kevin as he helped lead the Steering Committee of the seven-year-long successful campaign to defend and free Iraq War whistleblower Chelsea Manning. “Kevin was instrumental in keeping the campaign moving forward during the periods when it was the most challenging, especially the years leading up to her trial, and afterwards, when it looked like she’d spend decades in prison. Kevin never wavered and contributed greatly to our eventual victory,” shared Jeff Paterson, on behalf of Courage to Resist.

Kevin died very unexpectedly of a heart attack on September 6, 2020.

Our sincere condolences to his life-partner Margaret Flowers, who along with Kevin, published the Popular Resistance website.

Kevin fought to bring truth every day. We must not lose this struggle.

I will do my best to keep Popular Resistance going and strive to maintain the high quality that Kevin brought to it. See above for the details of the online tribute his sons and I are planning. We are working on a fund to honor him and keep his legacy growing, as he deserves.

Kevin Zeese: His last word for the movement and carrying on
By Margaret Flowers, Popular Resistance

An online tribute to Kevin Zeese will be held on Saturday, September 19 at 3:00 pm Eastern/12 noon Pacific. Simultaneous translation will be provided in English and Spanish. It will be live streamed on Facebook and YouTube. Register at bit.ly/KevinZeese.