Can we pay Chelsea Manning’s legal fees? Yes, we can! 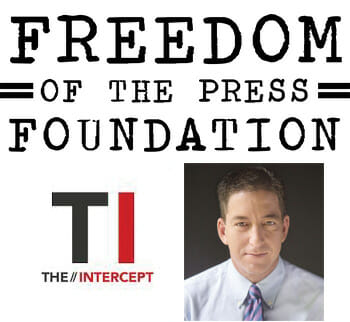 Today we’re proud to announce a major new crowd-funding campaign in support of whistleblower Chelsea Manning to help pay for her important legal appeal. Chelsea is currently in the process challenging of her unjust Espionage Act conviction and draconian 35-year jail sentence at the Army Court of Appeals.

First Look Media, publisher of The Intercept, will match donations up made to Chelsea up to $50,000, and journalist Glenn Greenwald, a founding editor of First Look and co-founder of Freedom of the Press Foundation, will also personally match up an additional $10,000—for a total of $60,000 in matching funds! We hope this will give everyone even more incentive to donate, knowing that any contribution you make will automatically be doubled.

Chelsea is currently $80,000 in debt and will need much more to see the appeal all the way through. Her legal team will need to raise at least $200,000 to get through the first major aspect of the appeal stage.

Five years after her disclosures of State Department cables and war logs to WikiLeaks, Chelsea’s whistleblowing continues to have a profound impact on how journalists, historians, and the public understanding and reporting on US foreign policy and governments around the world. As Greenwald wrote today at the Intercept:

She could have enriched herself by selling those documents to a foreign intelligence agency or media outlet for enormous sums, but did none of that. That’s because she had only one motive: to inform citizens around the world of what their governments are doing in the dark.

After being subject to brutal treatment before her trial that was widely condemned by experts as torture, Chelsea was handed a draconian 35-year sentence under unjust law never meant for whistleblowers. Despite the fact that the US government could not point to any concrete harm posed by Chelsea’s whistleblowing, she was not allowed to make a public interest or whistleblowing defense in court.

We have explained before how incredibly unjust and inherently unfair the Espionage Act is to whistleblowers, who have no chance to put up any sort of public interest defense before a judge or jury before they are convicted.

Chelsea Manning had this to say about the new campaign:

Being in prison while trying to figure out how I will pay for my legal appeal has been a great source of stress and anxiety. I’m so honored that a new campaign is supporting me in my effort to vindicate my legal rights, and I am truly grateful to anyone who is helping.

We hope this is more than just a chance to donate to Chelsea as her legal team continues their quest overturn the horrible military precedent for future whistleblowers. It’s also an opportunity to show your support for Chelsea in a meaningful and public way, and to make a statement about how important brave whistleblowers like Chelsea are in a just and transparent democracy.

As you’ll see on our front page, we’re keeping track of how many people donate so the public can see just how much support Chelsea has across the country and the world. Whether you donate $10, $50, $100, or $1000, you are sending a strong signal that prosecuting whistleblowers under a pernicious law like the Espionage Act is a danger to press freedom, harms the public interest, and is unacceptable in a democracy.

We are not taking any fee for the donations to this campaign, so 100% of every dollar donated will be earmarked for Chelsea Manning’s legal defense. After the campaign is complete, we plan on donating the funds directly to The Chelsea Manning Legal Trust, which was set up by Chelsea’s lawyer Nancy Hollander to pay for the legal costs of Chelsea’s appeal.

Currently, Chelsea’s legal campaign is now more than $80,000 in debt and will likely need to raise at least another $120,000 on top of that to get through the first court hearings. Right now we’ve set the goal at $120,000, but we have no doubt that with your help, the public can fully fund Chelsea’s legal costs.

The task Nancy Hollander and her team have in front of them is enormous. Before filing their brief and arguing the case, they must read the entire record record of the case, which is 139 volumes of over 300 pages each. It is the longest court record in military history. Then Chelsea’s appeal goes first to the Army Court of Appeals. That court can order a new trial or sentencing, reduce her sentence or reverse her convictions. Nancy’s full statement about the work ahead of her and her team is below.

Given how much Chelsea has done for journalism and the public good, helping her support her case is the least we could do.