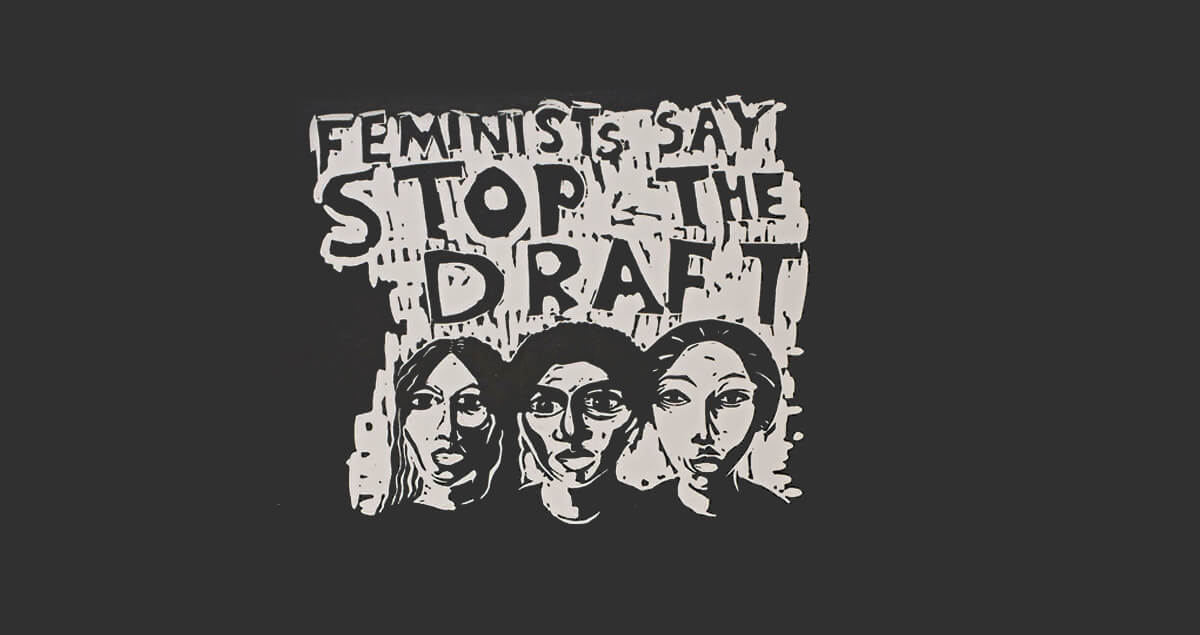 Despite the COVID-19 pandemic, Congress could soon consider whether to end Selective Service registration or try to expand it to women. It’s critically important to opponents of the draft and war to (1) contact your Representative and Senators and (2) educate, agitate, and organize now to finalize the victory of decades of resistance to draft registration.

Here’s a leaflet about what’s happening: and some things you can do today. CODEPINK is hosting a webinar, Draft Women? Hell No!, on Tuesday, May 26th, 8-9 p.m. EDT, and is also part of this podcast on women and the draft produced by Courage To Resist. Speakers are available for groups or classes.

Almost all Congressional business not related to the pandemic has been sidelined since the release of the National Commission on Military, National, and Public Service (NCMNPS) report in late March, which recommended that Congress expand draft registration to women. (Details of recommendations.)

Separate bills are now pending in Congress to end draft registration and abolish the Selective Service System (H.R. 5492) or to implement the NCMNPS recommendations including requiring women to register for the draft (H.R. 6415). No action on either of these bills is likely any time soon.

But… similar proposals could be made much sooner, in the form of amendments to the annual National Defense Authorization Act (NDAA).

Members of the NCMNPS have already publicly recommended that the NCMNPS recommendations be incorporated into amendments to the NDAA.

The NDAA is considered a “must-pass” bill, and was the next major item on the Congressional agenda when Congress was diverted by the pandemic.

Hearings (if there are hearings), “markup”, and consideration of proposed amendments to the NDAA will be among the first items of business for Congress as soon as it takes up any non-pandemic legislation. Because of the pandemic, consideration of the NDAA is likely to be especially rushed, with fewer hearings and less transparency than usual. So members of Congress need to hear from opponents of the draft now, before they are presented with a possible snap vote in the weeks or months ahead.

Robert Levering has an excellent article in Waging Nonviolence this week, Activists fought the US military draft for decades – they may soon have to again. I said the following in a comment on that article:

With great respect for George Lakey (from whose “Strategy for a Living Revolution” I quoted in my letter informing the government of my refusal to register for the draft), I think that he is is mistaken in his comment that, in the current situation, opposition to the draft is primarily “defensive”.

It’s a common assumption, often rooted in unconscious ageism, that the reason to oppose the draft is to “defend” young people against being drafted.

But the primary evil of the draft, as I and many others see it, is not the deprivation of draftees’ rights and often their lives, serious though that of course is. Rather, it is the larger and longer wars that a draft enables.

Draft resistance is a an offensive tactic of nonviolent direct action to constrain war-making. By opting out in such numbers as to render a draft unenforceable, it is young people who are protecting us older people against larger and longer wars that would require a draft that politicians and generals know – because they have the evidence of the failure of draft registration – would not be feasible.

Tens of millions of young people over the last 40 years, acting spontaneously and almost entirely without organizations, leaders, or institutional support, have maintained an ongoing check on the ability of the U.S. government to wage wars. It is young people who, not allowing their choices (“obey orders and agree to kill on command or be imprisoned”) to be defined by the government, have wielded the power of direct action to free themselves, by the scale of their continuing noncompliance, from the threat of either a draft or of criminal penalties.

And by so doing, they have done us, and the cause of peace, a great service. They have turned what the government intended in 1980 as a step toward war into an ongoing demonstration of popular opposition to war and of limits to the government’s power.

This is one of the greatest victories of the peace movement and of nonviolent direct action during the last 40 years. And now, with a real possibility of an end to draft registration (and the greater public

recognition that would bring that the draft is not an option and that war planning has to be constrained accordingly), we are on the brink of an even greater victory that would further limit US war planning. This is not the start of a defensive nonviolent campaign, but the culmination of an offensive one, in which young people and their allies have taken the initiative away from the government. Draft registration was explicitly defined as an attempt to “send a message” about willingness to fight. We turned it around to send the opposite message: We won’t go, and you lack the power to compel us.

The task for allies of youth and against ageism is to help young people put the final nail in the coffin of the Selective Service System, to complete that victory.

Edward Hasbrouck maintains the Resisters.info website. He was imprisoned in 1983-1984 for organizing resistance to draft registration, and testified before the NCMNPS in 2019 as an invited anti-draft expert witness. 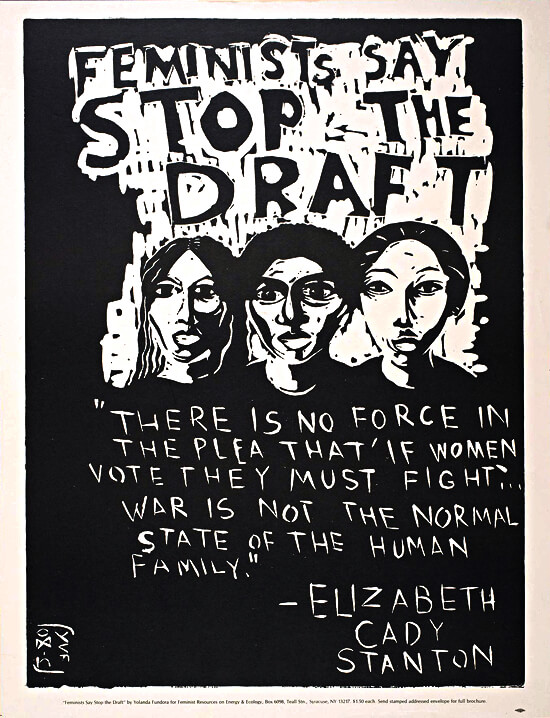