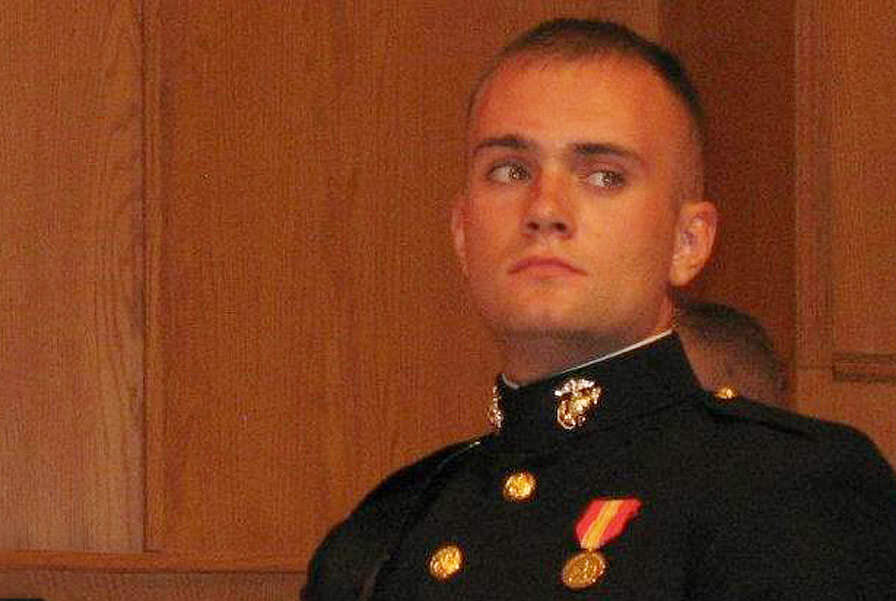 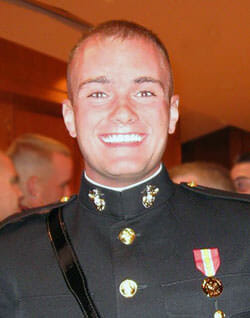 “I read a quote from Chelsea Manning and I agreed with what it said. I started realizing that she was not like I’d been told and that I had a lot in common with her and her experience and her thinking and that was terrifying.”

First Lt. Jacob Bridge recently sat down with me and explained the process and events that brought about his transformation from military believer to Conscientious Objector. Jake submitted his application for CO status in June of last year. It is now at Marine Corps Headquarters in Quantico, Virginia and Jake is waiting to hear whether he will be granted CO status.

Jake was 13 years old and in the 7th grade when the World Trade Center was hit on 9/11. He could see plumes of smoke from Washington Rock Lookout Point, near his home in Stirling, New Jersey. This was the lookout point that enabled General George Washington to view the movement of the British army during the American Revolution. In high school, Jake knew he wanted to be in the military—first in the army, and later in the marines, because they were tough, because they had the reputation of being the toughest of all of the branches of the military. 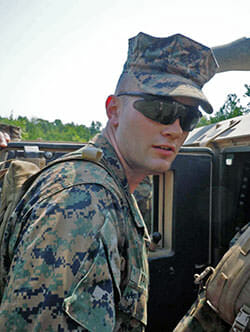 Jake believed that being a marine would, “make you a man and that it was honorable and a challenge. It was patriotic. Seeing the planes going into the Twin Towers made me feel like the planes were crashing into my heart when they went into the building.

“I couldn’t understand why they would do that. When it was said that they hated our freedom, it was all I needed to hear.” Jake graduated from High School in 2007 and attended the University of Colorado in Boulder. There, he enrolled in Naval ROTC. When he graduated from college, in 2011, he also graduated as the Honor Graduate in the Commissioning Class at NROTC at CU, Boulder.

Jake entered the Marine Corps as a commissioned 2nd Lieutenant, in August, 2011.   He had one year of training through 2012. He attended TBS [The Basic School] in Quantico, Virginia from March through September, 2012.   Jake graduated #22 out of 270, in the top ten percent, from TBS. He later became a 1st Lieutenant, an O-2 classification rate.

Every Marine Corps officer is an infantry officer first, before getting assigned a specialty. Jake attended the Specialty School in Logistics at Camp Johnson, North Carolina, from October, 2012 to February, 2013. There he learned about supplies, troops, munitions, and moving them all around—a broad specialty.

Jake got to his unit in Hawaii in late February of 2013. He was part of the fleet marine force, the FMF, “the fleet”. According to Jake, “It was supposed to be awesome at that point. It wasn’t. I noticed things. The idea is that you are the moral and ethical leader and you have to set an example for 18 and 19 year old kids. I saw a lack of caring and compassion and love in marine supervisors. 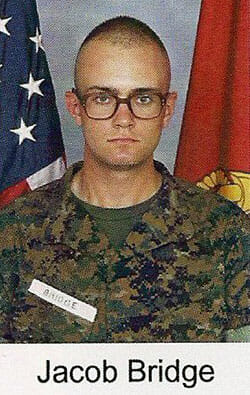 “I was greeted by people who pretended to be that way. But off duty, they would drink and drive and buy prostitutes. They treated subordinates without respect. They were not ‘the best of the best.’ I questioned that if I didn’t trust my person, my bosses, my bosses’ bosses, Congress, the President, how could anyone be qualified to do what we were doing, to make the choice that this person, squad, or country needs to go to war and who needs to die? And that ‘what am I doing here in this job?’

“My first job in Hawaii was in the operations section. I managed the battalion’s training for the most part, from March, 2013 to September, 2013. Then, in September, 2013, I became a platoon commander. It was a landing support platoon. We got troops and supplies to where they needed to go in the Hawaiian Islands. I did that until June of 2014.

“As I was writing my application [for CO], I realized that I couldn’t train them to kill any longer and I’d be putting them in danger. I turned in my CO application and my boss—my captain, an O-3 and my major, an O-4 asked what would happen if they sent me into a big training operation in the Pacific Rim. I said that I honestly didn’t know whether I would show up. They thanked me for my honesty. I had worked for them when I first arrived in another job. I respected those two. Now they were my bosses again.

“The next day, I was no longer a platoon commander and they put me in Headquarters Company as an Executive Officer, managing in an office job—removed from hands on operation.

“Back in late July or early August of 2013, when I was still at my first job in the operations section, managing the battalion’s training, I had a conversation with my chaplain and I said that I was thinking about filing for CO status. She said that she was going away to finish her Masters in Divinity and I should contemplate it some more. I hadn’t yet been a platoon commander and thought I’d be a compassionate and good commander and wanted that experience. But when she came back a month later, I was absorbed in being a platoon commander and had not been thinking about it. But about nine months from when we first talked, I knew I was a CO. I told the chaplain that it was no longer ‘if’ but ‘when’—that I was certain I would apply for CO status. She was supportive. That was in May, 2014.

“Once I was relieved of being a platoon commander, for the next two weeks, I was writing and editing my CO application.

“In November [2014], I read a quote from Chelsea Manning* and I agreed with what it said. I started realizing that she was not like I’d been told and that I had a lot in common with her and her experience and her thinking and that was terrifying. Then I saw the ‘Collateral Murder’ video. It was a huge impact on me and I knew there was no going back.” Jake has since written a letter to Chelsea Manning.

Jake became a vegan in July, last year, around the time of his birthday. He is 26 now. He is excited about his nonviolent commitment.   I was glad that when he was on leave, he sought out a local contact for War Resisters League, in Berkeley, and found me. It was a pleasure to meet him. Jake’s contract with the Marines will end in September. Jake wants to connect with activists for peace and justice. I salute him. He deserves our support and best wishes for a speedy Honorable Discharge as a Conscientious Objector as soon as possible and long before his contract ends in September.

* The quote Jacob is referring to is from former US Army intelligence analyst PFC Chelsea Manning’s public letter to President Obama, which was read at her August 2013 sentencing for providing documents and video to the anti-secrecy website WikiLeaks. Specifically:

Patriotism is often the cry extolled when morally questionable acts are advocated by those in power. When these cries of patriotism drown out any logically based dissension, it is usually the American soldier that is given the order to carry out some ill-conceived mission.

Our nation has had similar dark moments for the virtues of democracy – the Trail of Tears, the Dred Scott decision, McCarthyism, and the Japanese-American internment camps – to mention a few. I am confident that many of the actions since 9/11 will one day be viewed in a similar light.

As the late Howard Zinn once said, “There is not a flag large enough to cover the shame of killing innocent people.”