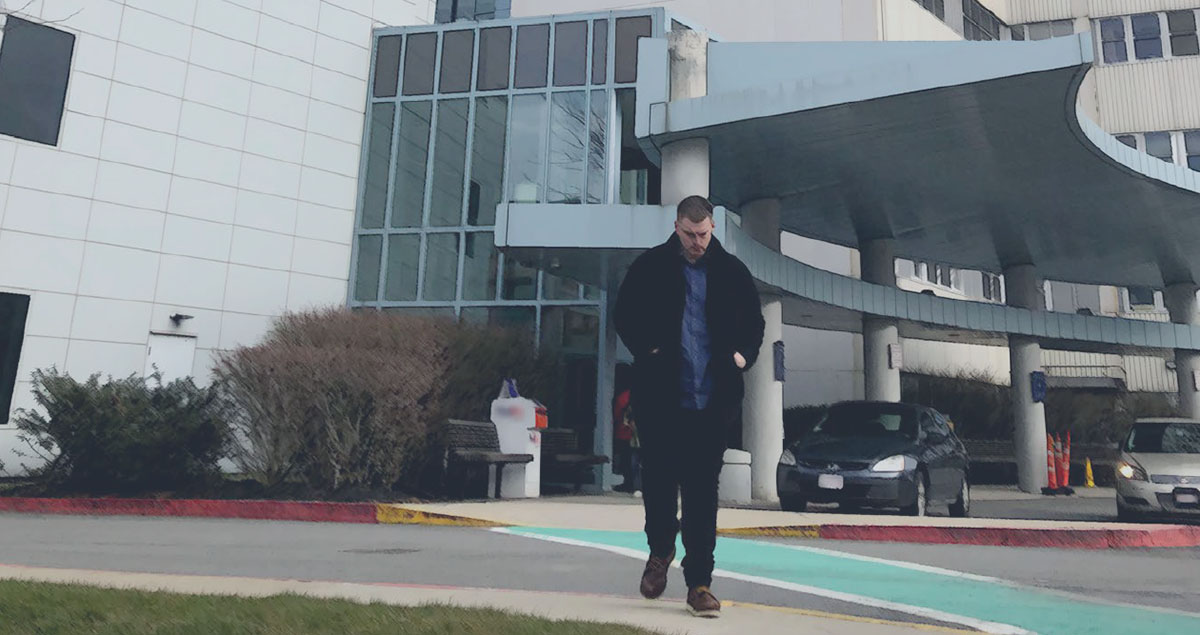 For most benefits administered by VA, including health care, a bad paper discharge does not render a veteran categorically ineligible. It also includes a source of pro bono lawyers www.legalservicescenter.org. If you are one of those or know one of those with bad discharge paper, this is a great Handbook to have.

Many military objectors–myself included–end up with “bad paper discharges.” However, the problem of veterans being turned away from the health care they require, and may be legally entitled to, goes far beyond objectors. – Jeff Paterson, Courage to Resist

Marine Corps veteran Dwayne Smith survived a deployment to Afghanistan, but almost did not make it through his transition back to civilian life when he returned stateside. Dwayne returned home with both Post-Traumatic Stress Disorder (PTSD) and a Traumatic Brain Injury (TBI)—the signature wounds of the wars in Iraq and Afghanistan. Yet, when Dwayne went to the Department of Veterans Affairs (VA) to get health care for his military injuries, VA turned him away. Why? Because when VA frontline staff looked at Dwayne’s discharge papers and saw that he had an Other Than Honorable discharge, they decided he would not get any VA care. Dwayne, who received his discharge after self-medicating to cope with PTSD and leaving his post when a family member was diagnosed with cancer, went on to seek help at multiple VA health care facilities. But each time, VA turned Dwayne away, in violation of the law.

The law required that VA staff help Dwayne apply for health care and ensure that his application was properly reviewed and a written eligibility decision issued, including notice of appeal rights. It took more than five years and the assistance of a pro bono lawyer before Dwayne could apply and finally be approved for VA health care and benefits. Tragically, Dwayne is not alone—veterans with bad paper discharges get turned away by VA frontline staff every day without being allowed to apply for care.

Imagine trying to make an appointment with your doctor when you are sick, or your therapist when you are facing a mental health crisis, and the front desk staff tells you that they personally decided you cannot do so. For decades, that is what has happened to many thousands of former servicemembers with bad paper discharges when they attempted to seek care from VA. Importantly, an estimated 400,000 are currently at risk of being turned away from services they may be entitled to. Many frontline staff at VA health care facilities have improperly turned away former servicemembers seeking health care, telling them that they are ineligible due to their military discharge statuses—without even allowing them to apply. This is not just unfair, it is unlawful. VA must take immediate action to prevent this injustice from happening and to remedy past harms to servicemembers like Dwayne who went five years without the care he needed and deserved because VA failed to follow its own procedures.

Why are stories like Dwayne’s so common? Every servicemember is assigned a “character of service” or “discharge status” upon leaving military service. While most servicemembers receive Honorable discharge statuses, a substantial percentage—approximately 7 percent of veterans discharged since 1980—receive discharge statuses that are not Honorable, which are known as “bad paper.” Servicemembers usually get “bad paper” because of some alleged misconduct, though that misconduct frequently is minor, for a military-only offense, or not proved in any court. Studies also show that many servicemembers are separated with bad paper for misconduct related to a service-related mental or physical health condition or Military Sexual Trauma (MST).

A bad paper discharge affects whether and to what extent a former servicemember may be eligible for federal veterans benefits. For most benefits administered by VA, including health care, a bad paper discharge does not render a veteran categorically ineligible. Rather, it puts them in a “limbo” category that requires VA to conduct an individualized eligibility determination to decide whether the veteran was discharged under “dishonorable conditions” or “other than dishonorable conditions.” That determination process is itself beset by delays and inconsistent decisions.

But many veterans with bad paper report attempting to apply to VA for health care and simply being turned away. They are told by VA frontline staff that their discharge status makes them categorically ineligible for health care. Further, sometimes they are told to apply to the Department of Defense (DOD) to upgrade their discharge status, and to return to VA later if the discharge upgrade is successful. That DOD process typically is burdensome, is rarely successful, and takes years to resolve.

Many veterans with bad paper are eligible for VA health care but are being wrongfully turned away. While there should be consequences for military misconduct, those consequences should not include being denied health care—especially if you have a service-related disability, are experiencing homelessness, or are dealing with the impact of MST, as so many veterans with bad paper are.

This report provides background information about why veterans get “bad paper” and about VA’s health care eligibility standards and then documents, including through government data collected through Freedom of Information Act requests, how VA has been improperly turning away veterans with bad paper from receiving VA health care. The report concludes with recommendations about the steps VA must take to ensure that every veteran is afforded the right to apply for health care and to guarantee that no veteran is wrongly denied the care that the veteran needs and deserves.

The extensive research and investigation underlying this report, prepared on behalf of the veteran service organization OUTVETS, documents that the vast majority of veterans with bad paper are not currently enrolled in VA health care—many of them because they have been wrongly told by VA to just go away. For many veterans, this initial rejection leads them to end their search for care altogether. It is time for VA to stop this cycle of misinformation and stigma and to honor that every person who has served in the military has a right to apply for VA care.