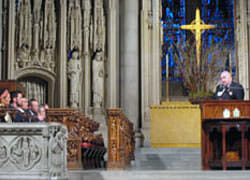 The Truth Commission on Conscience in War was held last month at the Riverside Church in New York City. The two-day event was an attempt to start a national conversation among community and religious leaders, veterans, and others about “just war”, international law, and greater freedom of conscience for service members. Currently, military regulations do not allow troops to conscientiously object only to certain wars, such as the wars in Afghanistan and Iraq. However, these “selective objectors” make up the majority of service members that Courage to Resist works with daily. A commissioner of the hearings, Courage to Resist project director Jeff Paterson noted, “Without recognized selective objection, the all-volunteer military is not all that voluntary. A renewed effort to offer some legal protections to these war resisters is overdue.”

More information and reports of the commission:

War is ugly, God is good: What I learned from the Truth Commission on Conscience in War
By Shane Claiborne, God’s Politics blog

The Truth Commission on Conscience in War
Official website 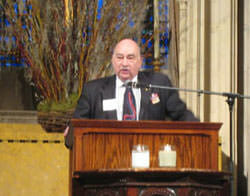