During every period of upsurge and resistance – from Rodney King, to Oscar Grant, to Occupy, to Standing Rock – the government has exploited differences between us to divide and suppress the growth of our movement.

After the first night of every upsurge, the police and government officials use the exact same playbook and blast it through the media:

They discredit our movements and keep us looking for enemies from within instead of building solidarity and our movement.

The most extreme example of this today is classifying “Antifa” as a terrorist organization. Make no mistake, the target is “Antifa” and “white anarchists” now, but they’re going to apply the label of “Black Identity Extremists” to others next. And black and brown anarchists could be labeled as both.

These are the same red baiting tactics of the 1950s and the violence baiting used against the Black Panther Party, the American Indian Movement, and Puerto Rican independence movement, which left comrades still serving out life sentences today.

We can’t resolve every difference of opinion regarding protest strategy overnight – and we must always consider how various approaches impact those already most targeted by police – but we can agree to engage in good faith questioning and principled struggle when differences arise.

We can agree to resolve disagreements in private and offline, and to not share footage that could be harmful to the movement. Our strength and solidarity should be public and our differences should be kept amongst ourselves.

The brutal murder of George Floyd has unleashed fury and pain in ways we haven’t seen before. We still have waves of coronavirus infection to survive and over 100,000 funerals to attend. We are heading into an economic crisis worse than the Great Depression, and the United States is jockeying for world domination in an election year. And the military is literally occupying our communities.

But the repression we face is only happening because the people have stood up and stood together. In a few short days we have made one thing crystal clear: there is no going back to so-called “normal.”  Let us keep our sights on the world we want to create, while we continue to build and grow and heal.  Let us all meet the challenges ahead with discipline, integrity and understanding.

In the words of Assata Shakur:

Courage to Resist is hosting this statement on behalf of the endorsing organizations listed. 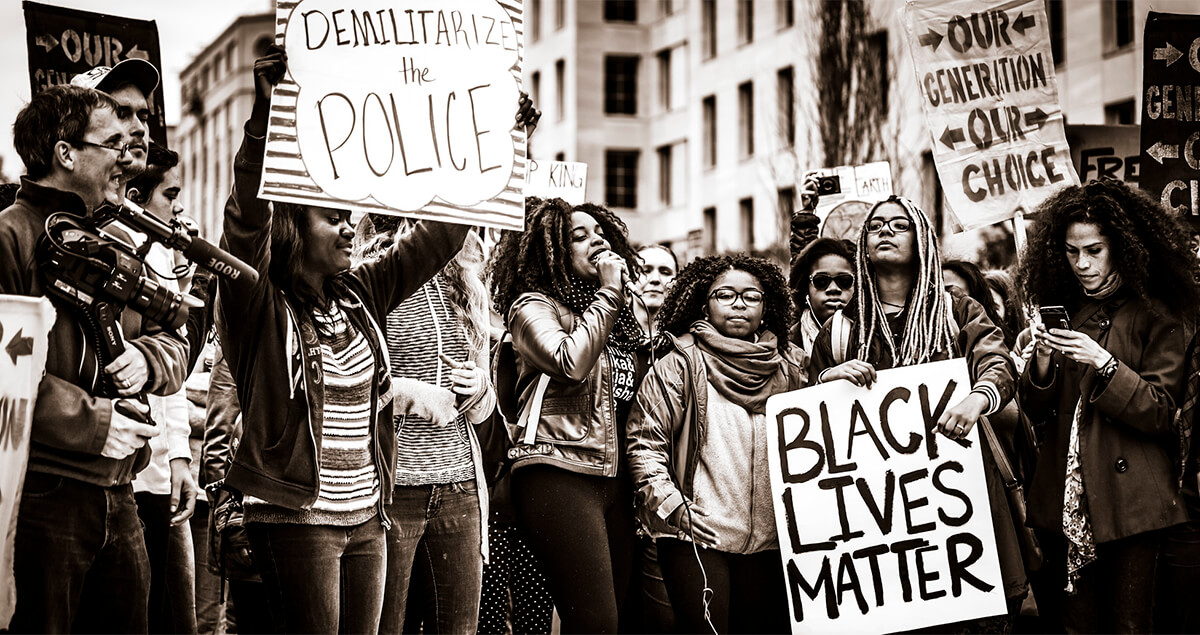