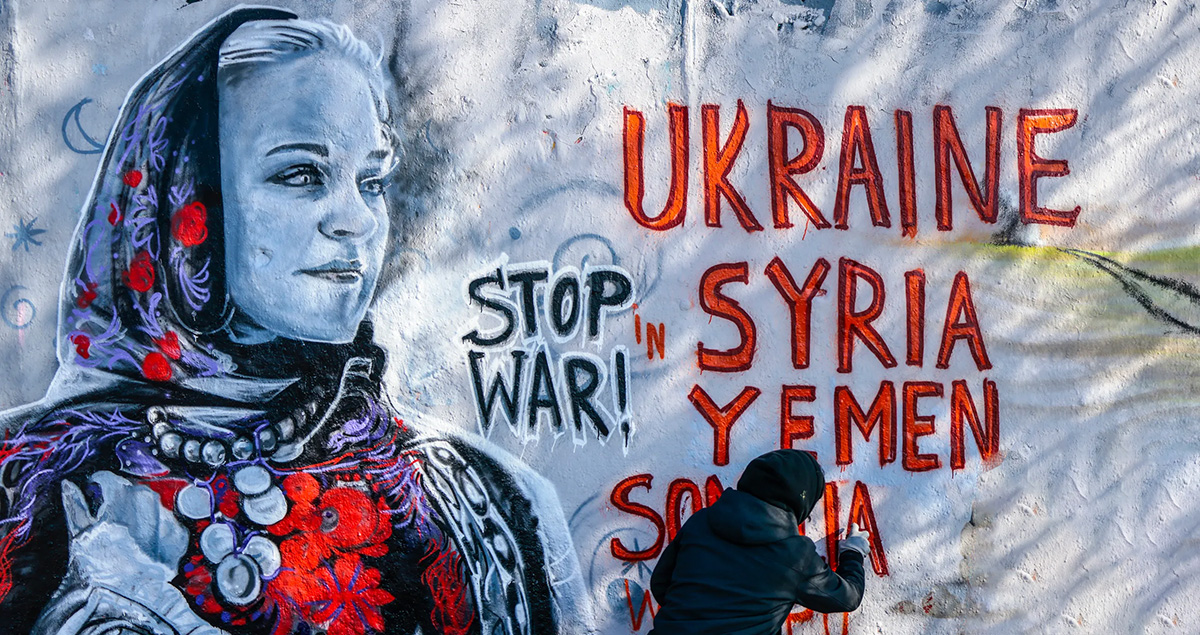 US style-invasions are morally indefensible, even when other countries do it.

by Jeff Paterson, Courage to Resist

To the Russian troops now attempting to occupy Ukraine–tens of thousands of whom are barely-trained and unwilling conscripts: Follow your conscience. Lay down your weapons. Go home, or attempt to get refugee status.

To the peoples of Ukraine: Nonviolent civilian-based defense is likely the optimal strategy for standing up to and driving out invading forces. This Russian military was designed for destruction, not occupation. They can be defeated by people-power resistance.

To the government of Ukraine: Stop forcing all men between the ages of 18-60 to fight. Respect war resisters and conscientious objectors, even in these dark times. Allow all men to seek refuge elsewhere, not just women and children.

To President Putin of Russia: Congratulations! You’ve now joined former US President George W Bush as a full-fledged war criminal with an unjustifiable, unprovoked, imperial war of aggression. Stop this madness now and leave Ukraine. The nearly 44 million people of the nation of Ukraine deserve full self-determination, regardless of your imperial plans. PS. Please don’t start a nuclear war.

But what about… NATO expansionism, mainly imagined Nazis!, unjust US invasions of sovereign nations (from Native American nations to Hawaii to Iraq), and/or some separatists allegedly being mistreated? Nope, none of that comes anywhere close to justifying an invasion of Ukraine.

To the US troops deploying to Europe: Follow your conscience as well. If you believe you might be a conscientious objector or war resister, let’s talk about that. Contact the GI Rights Hotline at 1-877-447-4487, and/or contact us. 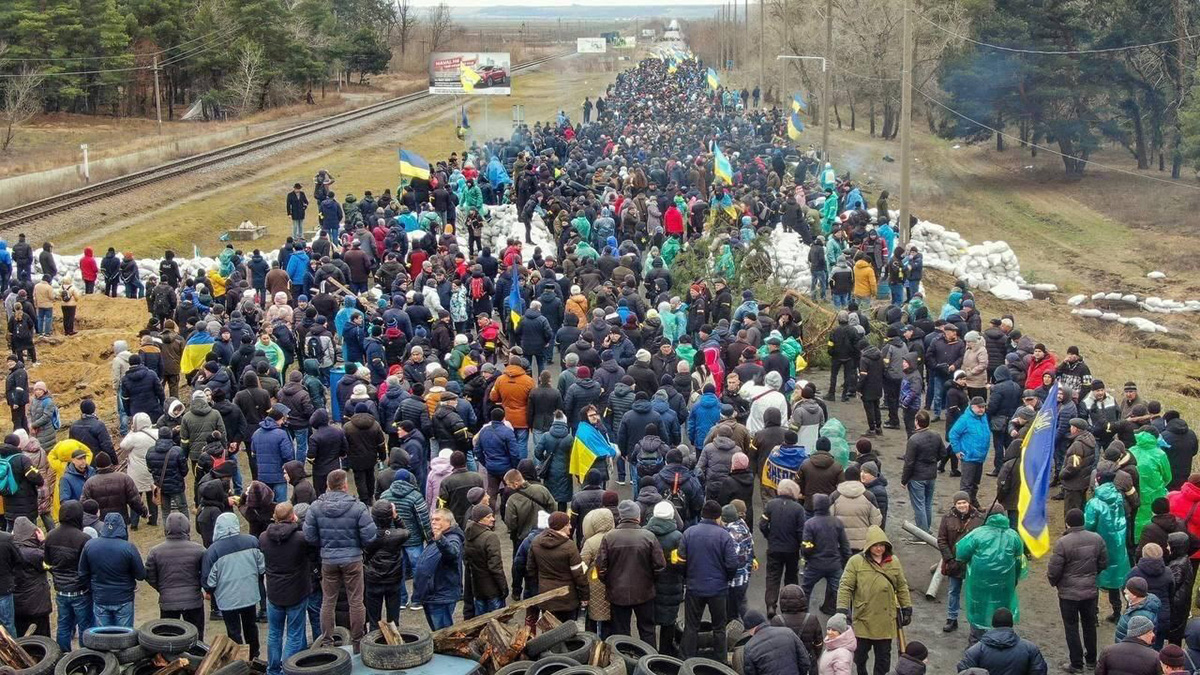 Messages such as “Russian Soldier, Stop!” and “Don’t kill for Putin’s sake. Go home with a clean conscience.”

Democracy Now! with Ukrainian Pacifist in Kyiv: Reckless Militarization Led to This War. All Sides Must Recommit to Peace

Citizens of Russia, don’t let this be done in your name!

Also in St Petersburg: Yelena Osipova, one of the last survivors of the Siege of Leningrad, arrested for protesting the war.

Russian child detained in police vehicle with her mother for protesting the war.

The people of Melitopol standing against Russian invaders, despite warning shots.