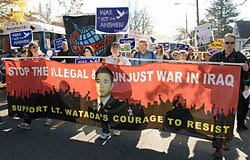 Lt. Watada became the first officer to publicly refuse to deploy to Iraq in June 2006. He was charged with “missing troop movement” and “conduct unbecoming an officer and a gentleman,” and faced up to six and a half years in prison. His case has remained undecided since military Judge Lieutenant Colonel John Head declared a mistrial in Lt. Watada’s February 2007 court martial, over the objection of the defense.

No court martial can now take place unless Judge Settle reverses himself, or the military successfully appeals to the Ninth Circuit Court of Appeals in San Francisco, or the U.S. Supreme Court—all of which are unlikely.

1. The remedy sought by Lt Watada—a writ of habeas corpus in a pretrial setting–is rare but appropriate; 2. Lt. Watada will suffer irreparable injury if relief is denied; 3. Lt. Watada is likely to succeed on the merits; 4. Military Judge Head abused his discretion in rejecting the Stipulation of Fact; 5. Even if Judge Head did not abuse his discretion in rejecting the Stipulation of Fact, there was still a lack of “manifest necessity” for declaring the mistrial; 6. Judge Head failed to adequately consider possible alternatives; 7. The balance of potential harms weighs in Lt Watada’s favor; and; 8. The public interest favors granting relief.

“This is an enormous victory, but it is not yet over,” noted Kagen.

Underscoring this statement, the Army Office of the Staff Judge Advocate has since announced they plan to file additional briefs before Judge Settle issues a final ruling. “We look forward to the opportunity to further explain to the District Court judge the full extent of the protections and safeguards that are afforded to a military accused.”

In order to understand this week’s ruling in Tacoma, you have to understand what happened during February’s court martial on Fort Lewis, Washington.

I attended Lt. Watada’s court-martial on behalf of Courage to Resist and Indymedia, and the single most important, unreported piece of information was that the military was losing its case against Lt. Watada. Even though Judge Head excluded Lt. Watada’s defense and barred all but one of his witnesses from the proceeding, defense attorney Eric Seitz was so effective in his cross examination that prosecution witnesses were forced to admit under oath that Lt. Watada had acted ethically and honorably, that he had done everything his commanding officers told him to do, and that he did in fact have an obligation to question what he believed to be illegal orders.

With this information, it’s easy to see Judge Head’s decision to throw out the stipulation agreement—one he had approved only a week before—and to orchestrate a mistrial as an attempt to give Army prosecutors a chance to make a better case at a later date.

Immediately following the February mistrial, attorney Eric Seitz declared that he believed the double jeopardy issue would prevent further prosecution of Lt. Watada. “We did nothing to warrant a mistrial. The judge made all of his rulings himself, or based upon motions by the government…. The protection against double jeopardy applies as a constitutional matter. I do not believe [this case] will ever be resurrected, or ever can be resurrected.” (video)

Army prosecutors just as quickly rejected Lt. Watada’s claims of double jeopardy, and these claims were widely maligned by military officials and in the press. 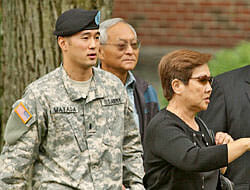 Based on what I witnessed in the Fort Lewis courtroom, I published two articles at the time: “Lt. Watada mistrial clear, very likely, unqualified victory,” and “How Lt. Watada and GI resistance movement beat the Army”.

Yet since then, neither the Army Court of Criminal Appeals nor the U.S. Court of Appeals for the Armed Forces was willing to uphold Lt. Watada’s constitutional rights. In fact, neither military appeals court even bothered to make a single finding of fact or legal conclusion, nor did they explain their rulings against Lt. Watada. “Military judge did not abuse his discretion,” was about all they wrote.

Was it possible that in today’s political climate of legally justified torture and the elimination of habeas corpus that it is too much to even hold out hope for justice from the military courts?

This week’s ruling by Judge Settle—nominated by President Bush and confirmed this June—goes a long way towards vindicating Lt. Watada’s claims.

“The same Fifth Amendment protections are in place for military service members as are afforded to civilians. There is a strong public interest in maintaining these rights inviolate…. To hold otherwise would ignore the many sacrifices that American soldiers have made throughout history to protect these sacred rights,” wrote Judge Settle.

The military justice system simply proved itself incapable of impartially deciding “U.S. v. Watada”. Had it not been for Lt. Watada’s civilian attorneys, the case would not have received the same vigorous debate and scrutiny. In fact, if Lt. Watada had been unable to afford civilian defense, the appeal to Judge Settle’s court would not have been an option for a military JAG defense lawyer—regardless of legal abilities or passion for the case.

Creating a climate of resistance

Some of the factors that made this “preliminary” victory possible include:

In that initial public statement nearly a year and half ago, Lt. Watada said:

It is my conclusion as an officer of the Armed Forces that the war in Iraq is not only morally wrong but a horrible breach of American law. Although I have tried to resign out of protest, I am forced to participate in a war that is manifestly illegal. As the order to take part in an illegal act is ultimately unlawful as well, I must as an officer of honor and integrity refuse that order…. My oath of office is to protect and defend America’s laws and its people. By refusing unlawful orders for an illegal war, I fulfill that oath today. 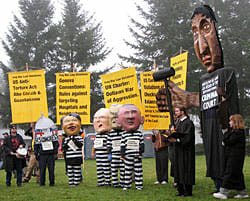 That clear vision and dedication to justice from a member of the officer ranks was the foundation for a national organizing effort that followed. Support arrived from notables such as Sean Penn, Willie Nelson, Susan Sarandon, and Martin Sheen—but more importantly, thousands of less-known folks from across the country (and around the world) who stood up to salute Lt. Watada’s courage to resist with their thoughts, efforts, and financial contributions to his political and legal defense.

Since Courage to Resist organizers helped form the Friends and Family of Lt. Watada in the days preceding Lt. Watada’s June 7, 2006 press conference in Tacoma, Washington, we have been working for this hard-fought “preliminary” victory—on behalf of Lt. Watada, and for what he represents as a fearless voice of truth from within the military.

Over 150 organizations stepped forward to offer their support in the first few weeks of the “Thank You Lt. Watada” campaign. With their support, Lt. Watada’s stand ignited a long overdue debate on the legality of the Iraq War.

Lt. Watada is one of over 40,000 troops that have refused to fight in the endless occupation wars of Iraq and Afghanistan. Most of these resisters have simply gone AWOL—about 200 of whom are currently seeking refuge in Canada.

Lt Watada is one of a hundred recent military war resisters who have stepped forward to publicly oppose the war. No other single case has generated this level of interest and support. Following Lt. Watada’s public statements about the Iraq War, troops around the country began speaking out in increased numbers. Following his eventual final victory and release from the Army, we’ll do what we can to capture some of that energy in order to assist other current and future war resisters.

At this point, Lt. Watada is expected to resubmit his resignation. Lt. Watada’s father Bob Watada spoke with his son on Thursday, and “he’s happy,” but frustrated by the Army’s continued prosecution of this case. “He has to deal with it, and he is dealing with it.” Meanwhile, Lt. Watada continues to live in Olympia, Washington and reports to Ft. Lewis for work Monday through Friday.

Supporters of Lt. Watada and the thousands of other war resisters are prepared to rally in San Francisco if the Ninth Circuit does consider the Army’s possible appeal, and we’re ready to ensure that the Army does not fabricate new charges against Lt. Watada.

Lt. Watada should have been released from active duty service last December. If he is not released, then he now qualifies for a promotion to the rank of Captain. It is in the Army’s best interests to release him—but Army brass are not always known for making smart political decisions. 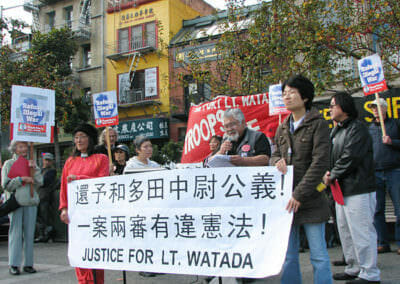 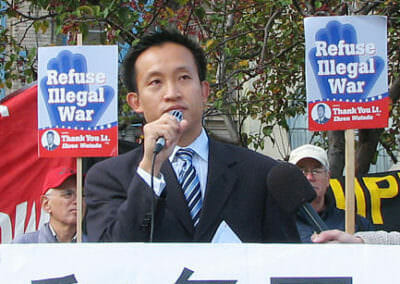 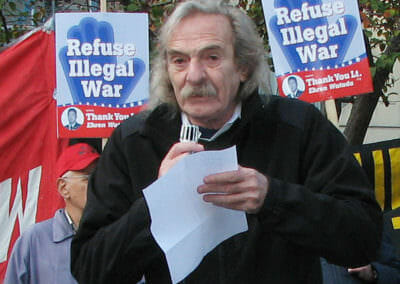 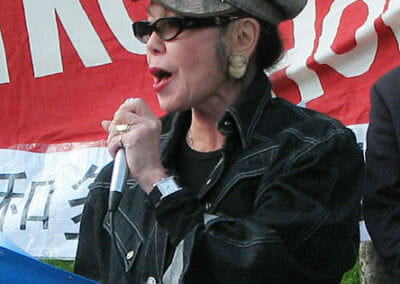 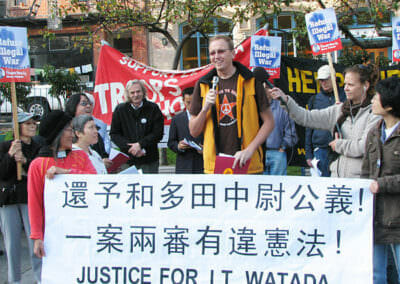 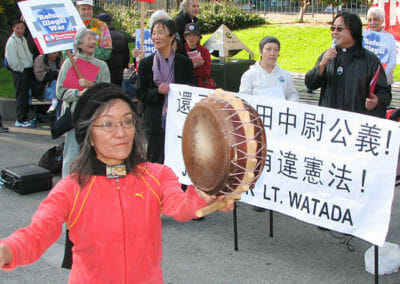