Statement on Roe Vs. Wade 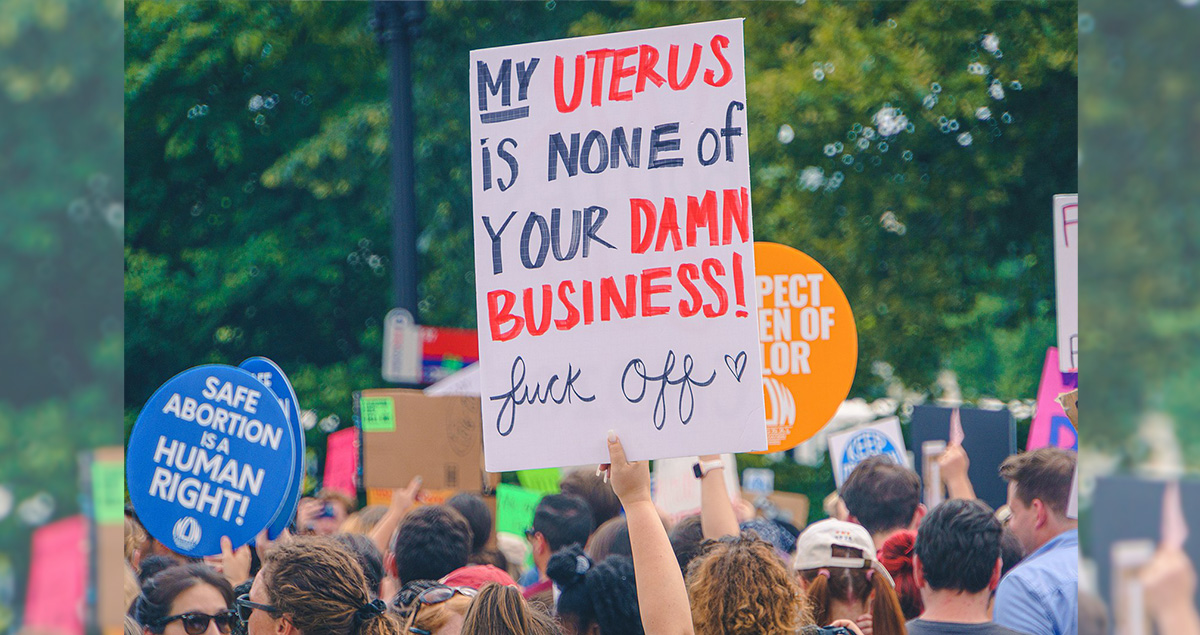 Courage to Resist members collaborated on the drafting of this important statement adopted by Veterans For Peace.

Veterans For Peace (VFP) was organized by military veterans and allies to bring an end to all war and the oppressive systems that enable it. VFP believes that everyone has the absolute right to control their bodies, including reproductive functions, and have access to adequate healthcare. The Supreme Court decision overturning Roe v. Wade constitutes a war on rights of bodily autonomy and self-determination, and as such, VFP has a responsibility to fight against it.

Present and historical discourse centers the overturning of Roe v. Wade as a women’s-only issue and within the gender binary. VFP recognizes the rights guaranteed under Roe v. Wade had a wider impact on the bodily autonomy of all gender identities and the present ruling is part of a larger push to reassert heteropatriarchal control over the population. This cannot be tolerated. This and other recent Supreme Court decisions are an exertion of white supremacist, patriarchal, and theological power and control and not about the preservation of life.

The Supreme Court’s decision, in siding with white-supremacy, will most negatively affect the same populations who have been most impacted by previously existing restrictions on reproductive healthcare: people of color, who have the highest childbirth mortality rates in the United States, youth (particularly trans and non-binary), indigenous populations, and those in poverty.

These rights have historically been ignored by the U.S. government and its military, through the forced sterilization of the occupied sovereign population of Puerto Rico, in addition to many other black, brown, indigenous, and differently abled populations. It is a hypocritical policy to force birth under the guise of preserving life while the active foreign and domestic policies of our government result in the number one cause of birth defects and still-births in places where U.S. military weapons or assets are deployed. From environmental contamination to known abortifacients like Agent Orange and Depleted Uranium munitions to over-the-horizon bombings of civilian communities; it is clear that the U.S. government is not in the business of preserving life.

The health implications of the ruling are far-reaching. It affects the ability to choose to give birth or not and has the potential to increase domestic violence and decrease access to necessary healthcare. The attack on and inevitable closing of abortion clinics is dangerous and life-threatening as they are often the sole source for contraceptive, gender-affirming, and reproductive healthcare in many communities. In particular, this limits health care options for young people who are subjected to sexual assault and incest, whose healthcare is frequently under the control of their abusers.

Electoral politics, though important, is only one way to support the fight for human rights; it is critical to engage in other forms of organizing and resistance, particularly direct action, strikes, and mutual aid. Veterans For Peace encourages its members to support the community-led movements already rooted in and at the forefront of this issue.

Veterans For Peace WILL AID, ABET, AND ASSIST our membership and staff and others impacted by these attacks in getting access to reproductive healthcare. It is imperative to ensure that Veterans For Peace will mobilize its members into systemic community-led resources for the care we need so we can continue to fight for Peace at Home and Peace Abroad.