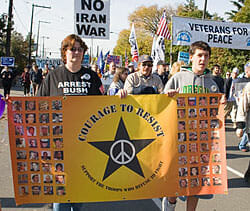 In Seattle, Washington, Courage to Resist member Sara Rich, mother of Army Spc. Suzanne Swift, and her son marched with a banner urging support for war resisters. Our friend Gerry Condon of Project Safe Haven was seen helping with the large “Stop the Illegal and Unjust War in Iraq—Support Lt. Watada’s Courage to Resist” nearby.

In San Francisco, California, Courage to Resist organizers marched with Veterans for Peace, the Watada Support Committee, and many other military-related organizations calling for an immediate end to the U.S. occupation of Iraq. 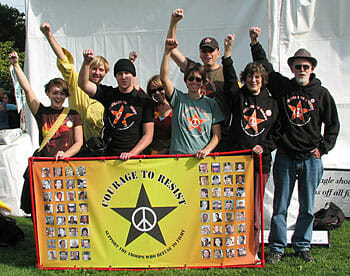 Courage to Resist supporters in SF

In New Orleans, Louisiana, state-native Sgt. James Circello, an active-duty war resister and former paratrooper, was the keynote speaker at the Washington Square Park rally calling for an end of the occupation of Iraq, the restoration of the U.S. Constitution, and for the rebuilding of the Gulf Coast.

James did 6 years of active duty before going AWOL during Easter of 2007. He said that he could no longer morally be a part of the destruction of Iraq. He has been actively speaking out as a member of Iraq Veterans Against the War and Courage to Resist and is a fugitive from the military because of his AWOL status. 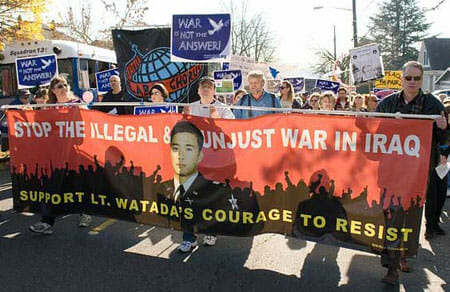 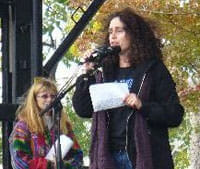 In Chicago, Illinois, Joan Davis of Vietnam Veterans Against the War read a statement on behalf of Courage to Resist at a rally of thousands:

There are those who dismiss war resisters as “cowards.” However, we know better. It takes exceptional courage to resist unjust, illegal, or immoral orders. For many in the ranks it’s their first-hand experiences as occupation troops that compel them to take a stand and risk the stockade. These Iraq veterans turned anti-war heroes include: Agustin Aguayo, Eli Israel, Mark Wilkerson, Suzanne Swift, Camilo Mejia, and Chicago native Eugene Cherry…. Courage to Resist offers a challenge to the entire peace community to help provide the needed political, emotional, and material support to all military objectors critical of our government’s current policies of empire. An important part of ending this war is supporting the troops who refuse to fight.

Additional photos from San Francisco by Jeff Paterson for Courage to Resist: 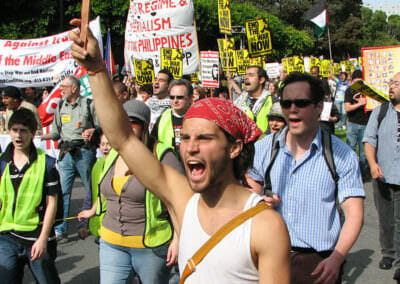 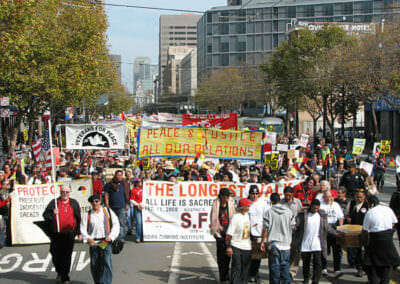 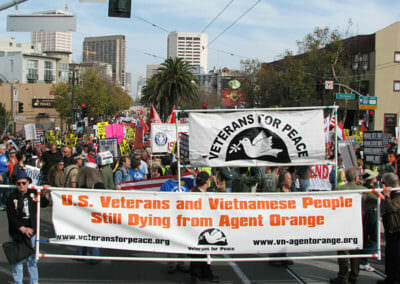 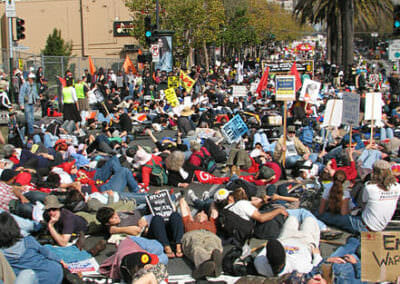 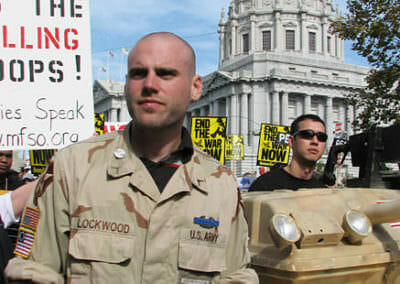 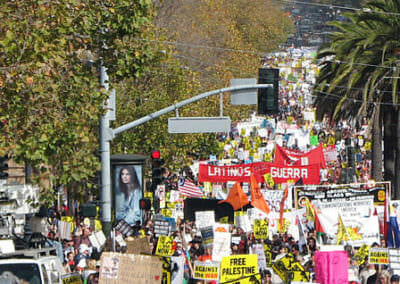 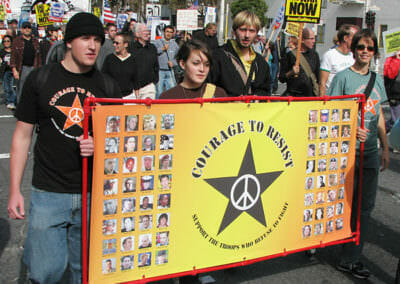 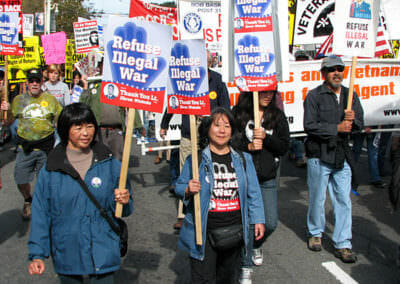 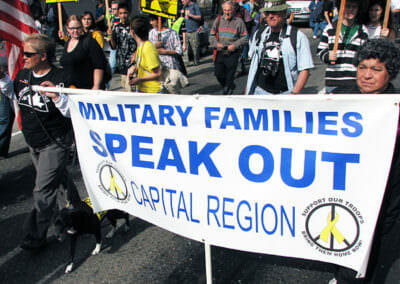 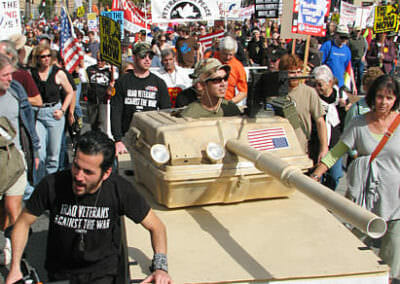