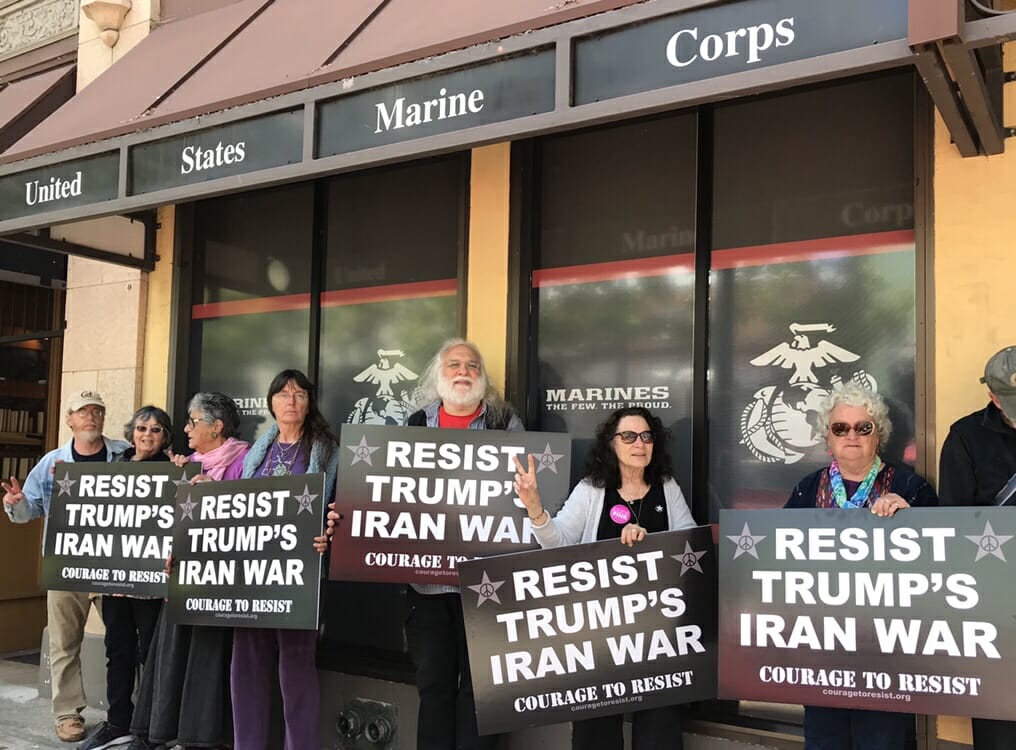 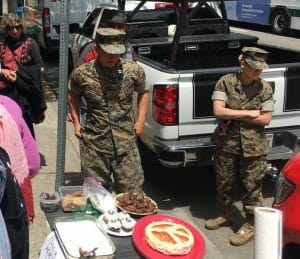 This May 15th we successfully shutdown the Marine Recruiting Center in Berkeley in honor of Int’l Conscientious Objectors Day and all of those courageous persons who refuse to fight empire’s wars. The Marines were not able to recruit more youth that day, but they were eager to get a picture with us and try our desserts.

While encouraging service persons to desert is a crime outlined by the Espionage Act, we were nearly as bold by inviting Marines and the community to join us for mid-day dessert. Code Pink co-sponsored this event and brought their always vivacious and inspiring rabble rouser spirits.

Check out pics of our peace cake and more in our gallery below! 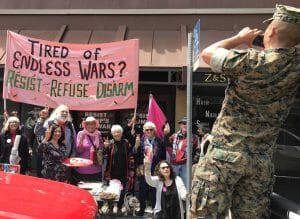 Everyone wanted a pic!

“We are a part of gatherings around the world today, in Japan and in Turkey, in places where conscientious objectors are going to prison much more than in the United States. We don’t know what President Trump is going to do under the leadership of Saudi Arabia and Israel tomorrow. We don’t know if we’re going to war with Korea or with Iran or with another undetermined country next week, but we are standing by to support the troops who resist,” said Jeff Paterson of Courage to Resist. 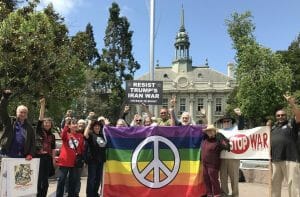 Earlier in the day we raised the flag of peace and justice at Berkeley City Hall. This event was in celebration of the 12th Annual City of Berkeley CO & War Resisters Day. And for the first time Berkeley’s Mayor, Jesse Arreguin, joined us. He gave a short speech in honor and recognition of the importance of war resisters and conscientious objectors.

Another speech given by Veterans For Peace, focused on the importance of also including on this day “women promoting peace, high school students opposing gun violence, Koreans for peace & unification, teachers fighting for both themselves and their students, nuclear weapons abolitionists, people opposing racism, whistleblowers, resisters in the military, climate justice activists, workers worldwide, peace veterans, fighters for a habitable planet, mediators of interpersonal violence and nurturers of young people.” This event is sponsored every year by City of Berkeley Peace and Justice Commission and endorsed by War Resisters League-West and Courage to Resist.

In solidarity with war resisters around the world,
we are honored to have been a part of
International Conscientious Objectors Day 2018! 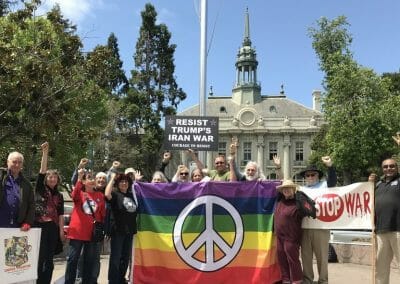 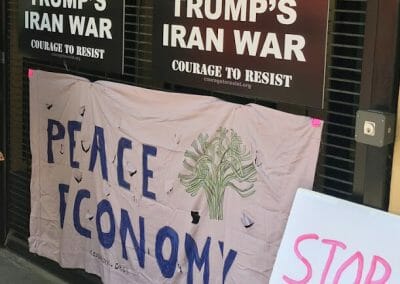 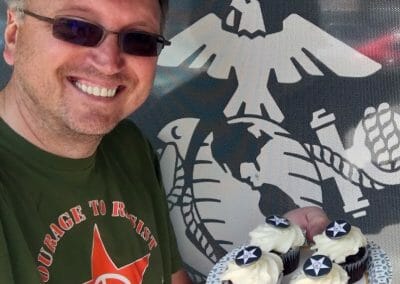 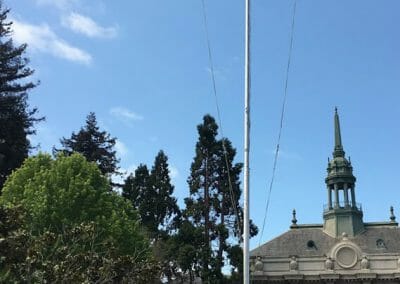 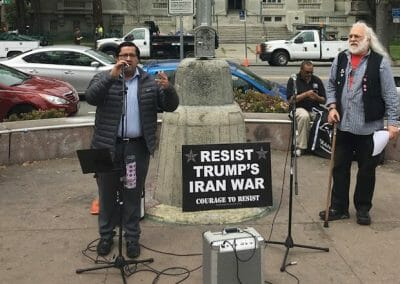 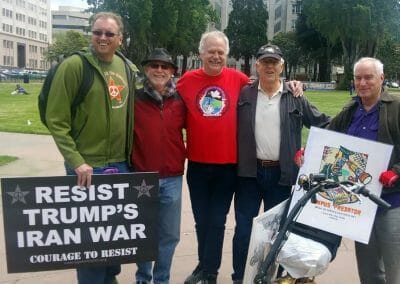 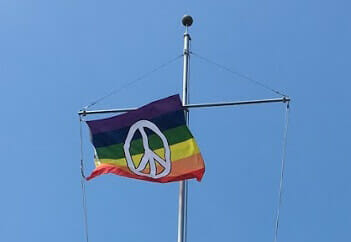 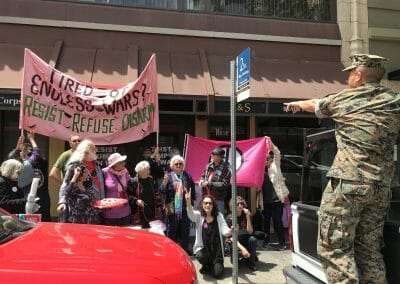 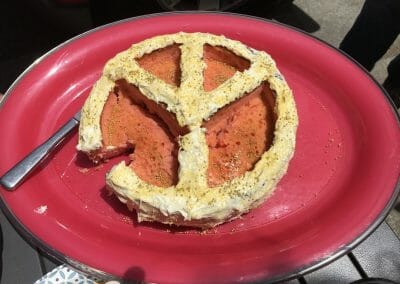 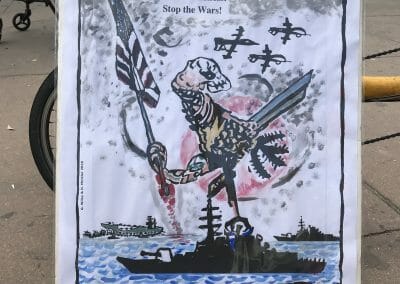 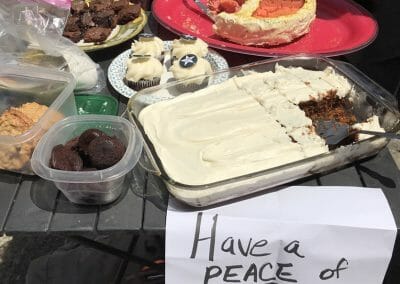 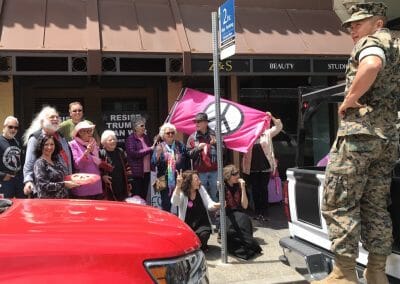 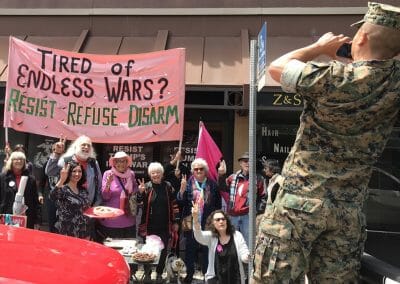 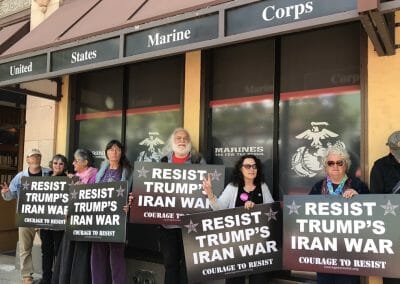 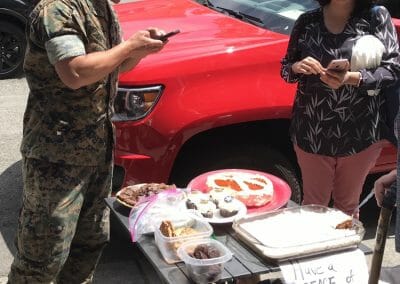 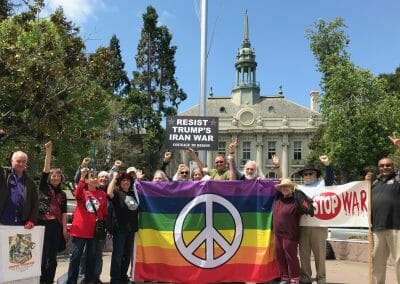 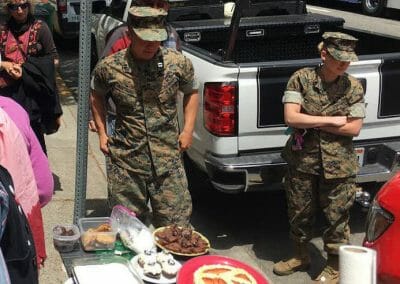 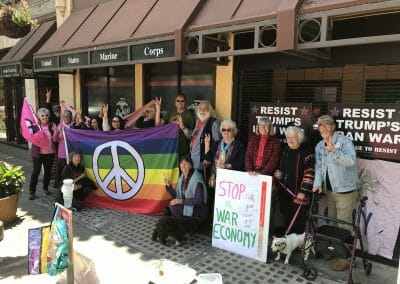