Sacramento, California (Updated June 7, 2007)—”We’ve had a lot of people out here. I feel like this has been really successful at reaching out to the community and getting them involved, and more aware of what’s going in Iraq—and why it’s so important for us to end this war,” explained the Iraq veteran after a week of walking around the California capitol building. Community members joined him this morning for the final lap marking each of the U.S. troops, and a representative number of Iraqis, killed by the U.S. invasion and occupation.

“We’ve not only had veterans join us walking, but some active duty military as well. A couple of the active duty guys [who joined us] were saying that they think this war now is ridiculous. They don’t understand why they keep being sent to Iraq over and over again. They want to end this war as much as we do.”

On Sunday, I joined Sacramento’s best known nameless person for the day. His ongoing mission: to walk around the capitol building once for every U.S. service person killed in Iraq. He had walked for the first 50 hours non-stop with little rest beginning a week ago Monday, May 28th—Memorial Day morning. The veteran walked from 7:00 a.m. to past 10:00 p.m. daily for the remaining week of the action.

Since he finished 362 laps for all of the California service persons killed in Iraq during the first 50 non-stop hours of walking, community members began walking the names of each of the remaining 3,100+ troops killed in Iraq.

“To be honest, I’m no longer keeping track on how many laps. I don’t really care. All that is important now is which soldier I’m walking this lap for, and to be as respectful as I can to that individual,” shared the veteran about half way through the ten-day action.

Thousands of names of known Iraqis killed during the invasion and occupation were also walked. Many of these slips of paper contained only a name, gender, and sometimes an age, based on limited available information. Each of the Iraqi names walked statistically represented at least 200 unknown casualties.

“From my experience in Iraq as a Navy Corpsman attached to a Marine unit [during the initial invasion], I treated a lot of civilians. We saw a hundred or more patients a day. That’s because we were dropping bombs on apartment complexes, and markets—not even targets that were military targets,” he noted.

Regarding the thousands of troops who are refusing to fight today by being absent without leave (AWOL) and being in an unauthorized absence (UA) status:

“I can totally understand why people are going UA. You go over to Iraq the first time and you think you are going for some noble cause, but eventually you realize you have been lied to. We are not helping reconstruct Iraq or defend America from terrorism, but we are killing innocent civilians. Meanwhile we’re building up military bases over there and trying to exploit their resources. For a lot of guys, after the first or second time being over there, you want no part in it anymore. Maybe you’re embarrassed that your country is doing this. But maybe your contract still isn’t over yet, and now they tell you that you have to go back to Iraq.

“If the military recalled me tomorrow to go back to Iraq—and I have thought about this a lot—I would be torn between going over there and acting as an organizer just to get to other soldiers and let them know what is going on—try to educate them about the need to stand up as troops and start resisting this war. Or, take the other way, and just not show up, or even take off to Canada if I had too.

“Many of the soldiers are standing up right now against the war, and they can get in to a lot of trouble—they are our brothers and sisters even though we may not know most of them….They are starting to speak out against this war even though they are active duty. They are starting to resist in many ways like going UA. There are generals that have retired just to get out so that they can speak out against this war. There are generals who are threatening to revolt [against an attack on Iran]. I’m sure there plenty military who are ready to revolt right now.

“Some soldiers are going to prison, like Agustin Aguayo. He went to jail. He knew the consequence, yet he stood up away. Here we are, with our full first amendment rights—we need to start using them more to stick up for those guys. As veterans, we have the obligation and the duty to raise our voices for the soldiers that stand up, and those who can’t because they are not allowed to.”

Like this former Navy Corpsman walking around the capitol building, and Army medic Agustin Aguayo, Spc. Eugene Cherry is also a military medic. Spc. Cherry is facing a July court martial at Fort Drum, New York for not redeploying to Iraq while he was seeking treatment for post traumatic stress disorder (PTSD).

“The way the military medical system runs is that you get into the mentality that everyone that comes in [for treatment] is faking or malingering—that they are just trying to get out of doing something. You start looking for ways to disprove patients’ problems, instead of trying to solve their problems. We’re trained to get in this mindset that basically they are liars, until they prove otherwise. So I can totally see the military taking this mentality to the next step and saying, for example, “You don’t have PTSD,” to get them back to Iraq because we need more troops.

“Eugene Cherry, I totally got your back man. I totally understand where you are coming from and I’m supporting you through all of this. If you need anything, just give me a call. You have plenty of brothers out here who have got your back. Just stay strong and don’t give up, don’t give in. They are going to try to beat you down, but you have to stand right up again. It’s going to take strength from all of us to get this over with.”

After the veteran and the Sacramento community finishes this massive project, “What next?” I asked.

“From my experience in Iraq during the initial invasion, the Iraqi people were somewhat welcoming at first. But we have overstayed whatever welcome we had….Many of the people in Iraq who we now define as terrorists, they are doing exactly the same thing we would do in their shoes if another country came here to exploit our oil—even if they said they were freeing us from our dictator. Many Americans would take up guns to get rid of a foreign army. We should not be occupying Iraq because we would not want it to be done to us.

“After this I’m just going to keep on fighting to end this war. We’re just going to have to figure out more ways to get the community involved—creative ideas that have not been done before. I don’t have a specific plan yet, but I’m sure that if we all get together we’ll figure out something.”

Photos by Jeff Paterson for Courage to Resist 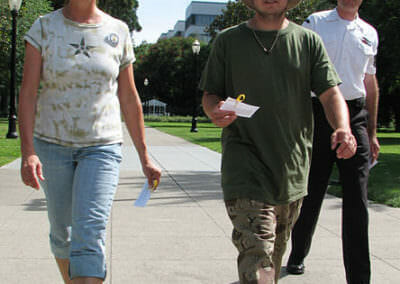 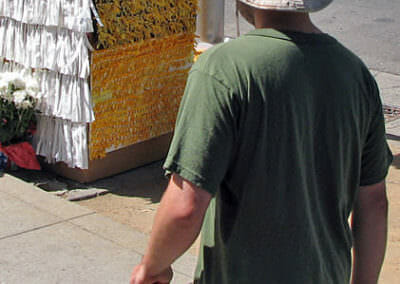 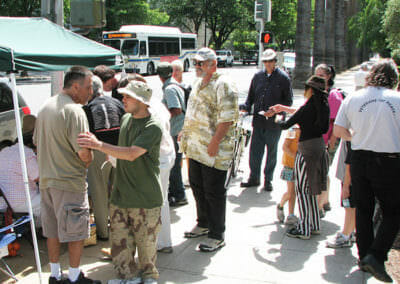 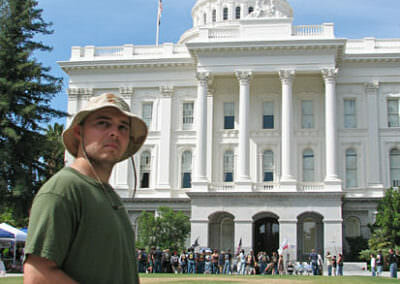 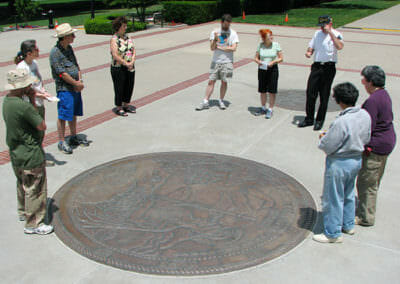 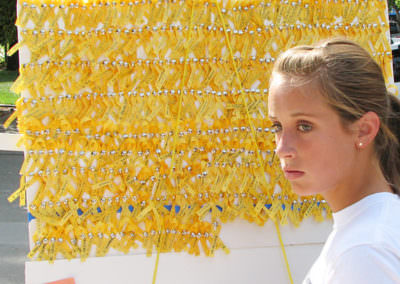 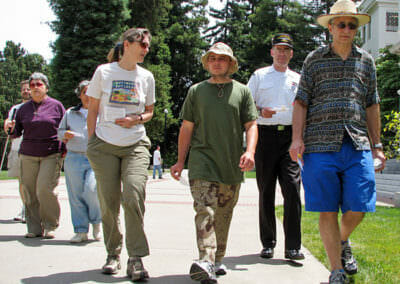 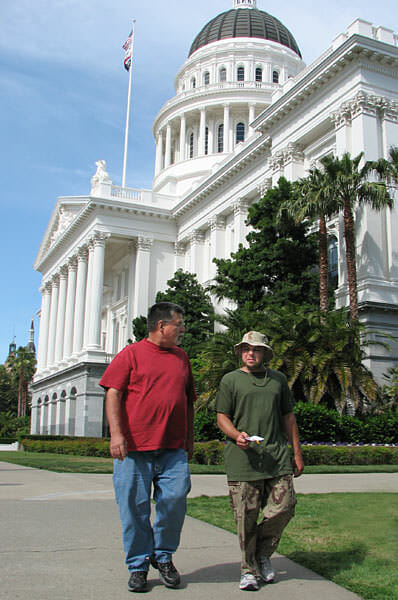 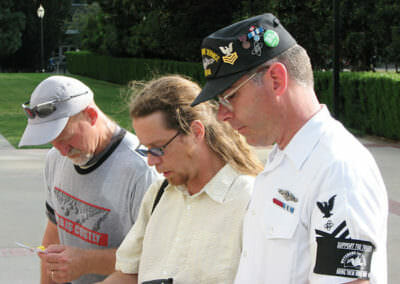 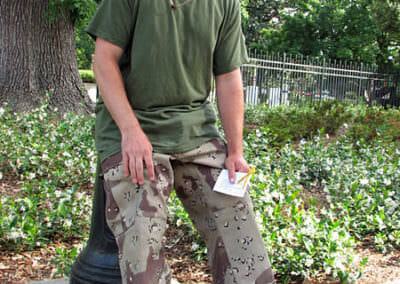 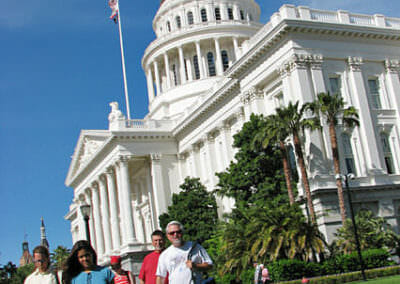 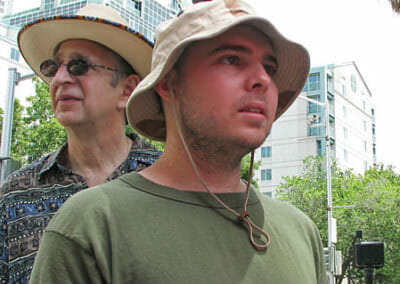 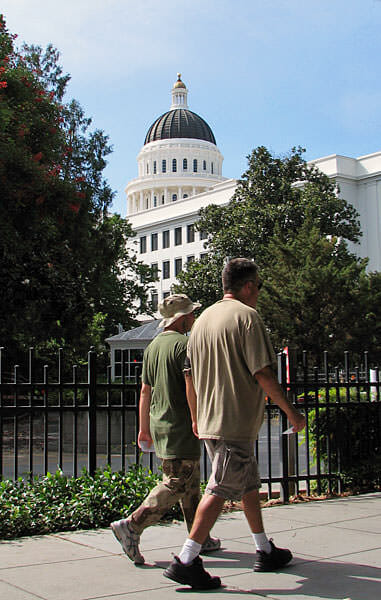 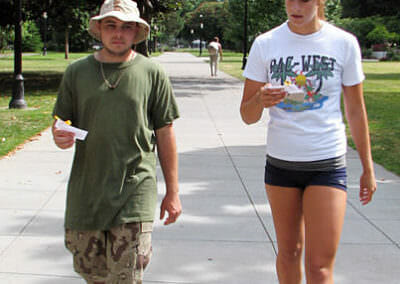 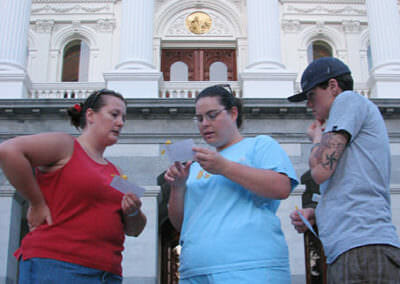 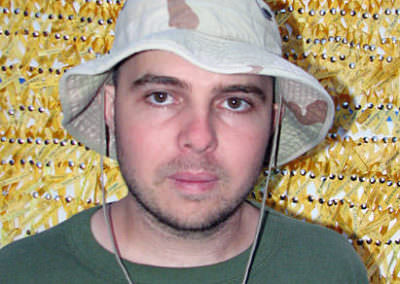 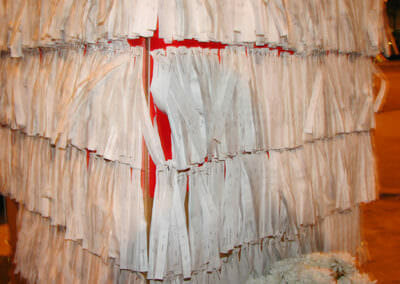 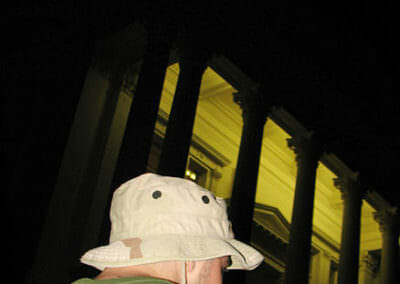