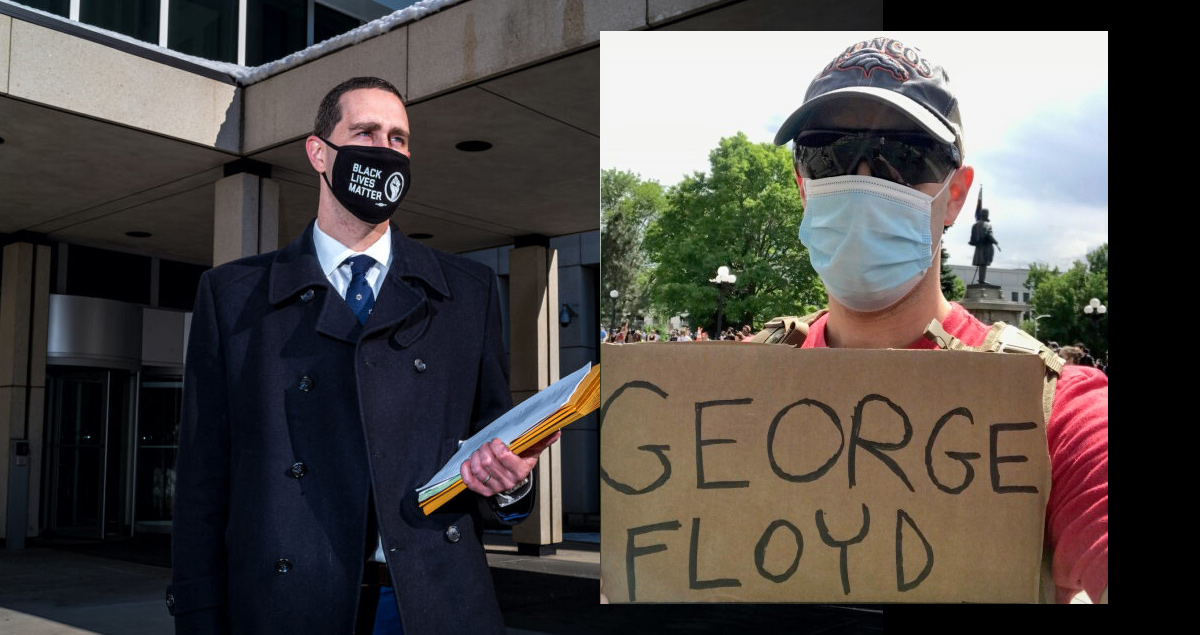 Capt. Alan Kennedy was punished for marching in Black Lives Matter protest, so he took the National Guard to court

Kevin Mulcahy, deputy director of the National Guard Bureau, wrote in a July 26 memorandum that DoDI 1325.06, including the challenged prohibition on protest participation if “violence is likely to result,” “may not apply to National Guard personnel in a non-federalized duty status.” Citing Mulcahy, Clellan wrote on July 30 that “it was improper to investigate or reprimand CPT Kennedy for violation of DoDI 1325.06,” especially as “DoDI 1325.06 did not apply to him.”

“We are gratified that the National Guard Bureau appears to have finally conceded that Captain Kennedy’s Black Lives Matter protest participation should never have been investigated or punished,” said attorney Jason Steck. “However, the military needs to quit dodging the central question and admit that DoDI 1325.06 is unconstitutional.”

On May 30, 2020, Kennedy joined thousands of Black Lives Matter protesters in Denver, when Kennedy was not in any duty status and not in uniform, to speak out against police violence and racial injustice. Like other peaceful protesters, he said, he was tear-gassed by police. Kennedy wrote op-eds about his decision to protest and his view that the police violated First Amendment rights that were published June 4, 2020 in Denver Post, and July 9, 2020 in Colorado Newsline. The military now says that Kennedy was punished for his op-eds, not his protest participation.

Kennedy said he is mystified that the military still wants to punish him for his First Amendment activities. “First, they came for my op-eds. Then they came for my Black Lives Matter protest. Now they say it is my op-eds again. Why can’t we all agree that constitutional rights must be protected?”

James Branum, another attorney representing Kennedy, said that the lawsuit has already set a precedent for the First Amendment rights of approximately 440,000 members in the Army and Air National Guard. “You don’t lose all of your constitutional rights when you join the military. Instead of trying to evade the issue, the military just needs to respect basic First Amendment rights.”