Today, Friends of Reality Winner announced that Reality has finally arrived at the Carswell Federal Medical Center in Fort Worth, Texas. The whistleblower sentenced to five years in prison for sharing a secret NSA document outlining foreign interference in US election systems with a media outlet had been bouncing around various jails for the last month during a drawn out transfer process from Augusta, Georgia.

She is scheduled to be released December 29, 2021. This is by far the longest sentence ever given in federal court for leaking information to the media about a matter of public interest.

BIG #ShoutOut to all #RealityWinner supporters. Reality was suffering as she was moved around the country into county detention, isolated, scared, deprived of meds. All of you lifted her up with your heart and soulful messages. She is finally safe. #RealityIsInAMedicalFacility

Reality is expected to spend the remainder of her prison sentence at Carswell.

If you’d like to write her more often, consider signing up for what’s basically the prison email via the Corrlinks.com system. The required account is under $10 a year and messages are screened and delivered within a few hours. Reality should have an account soon. Corrlinks also has an app in the app stores.

You can deposit money directly into Reality’s prison account via Western Union at
https://www.westernunion.com/us/en/send-money/app/sendinmatestart

With Western Union, use her prison ID number without the dash, just “22056021”. Also, don’t be surprised if your credit card company initially declines the transaction until you confirm with them that it is not fraudulent.

Reality is hoping to get a MP3 player, shampoo, soap, and other things to make life a bit more bearable.

Join Courage to Resist and a dozen other organizations in calling on President Trump, who has acknowledged Winner’s treatment as “so unfair,” to pardon Reality Winner or to commute her sentence to time served. 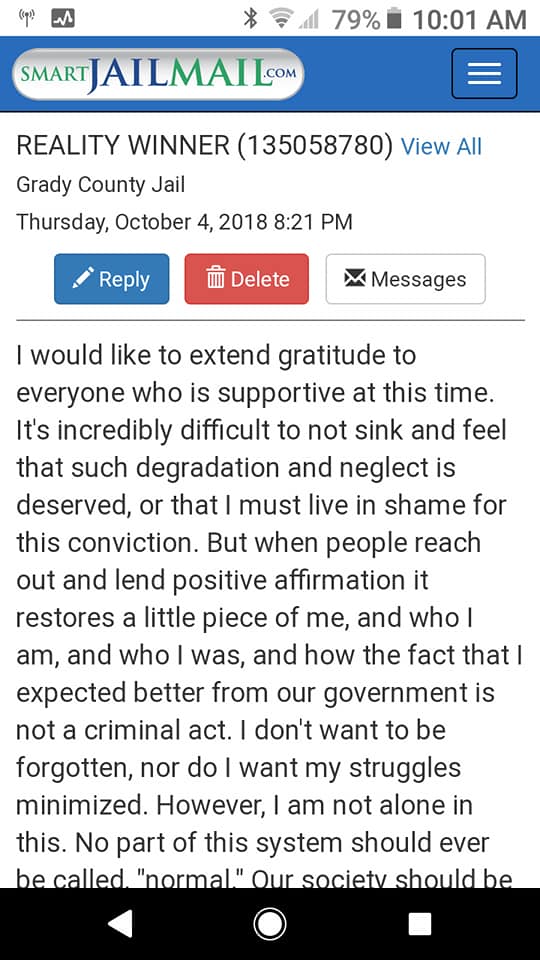 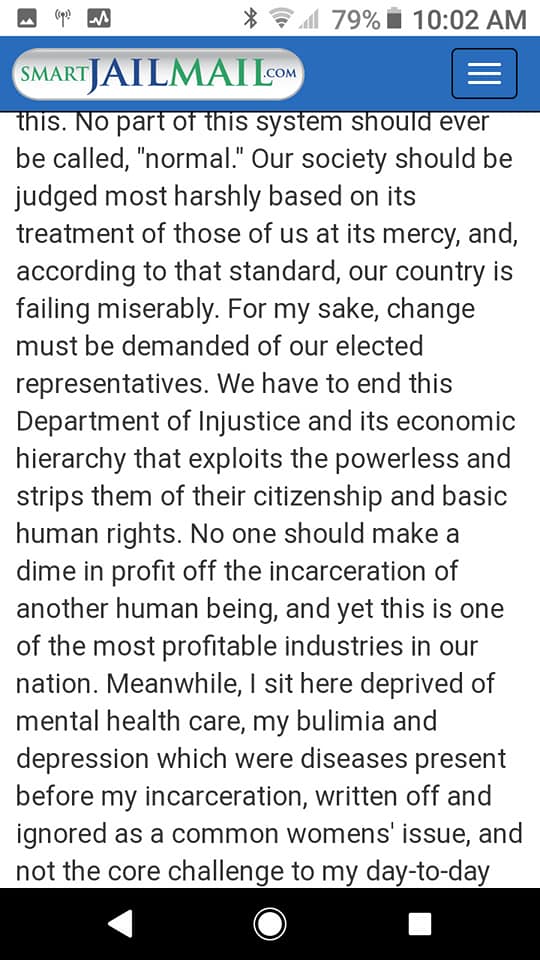 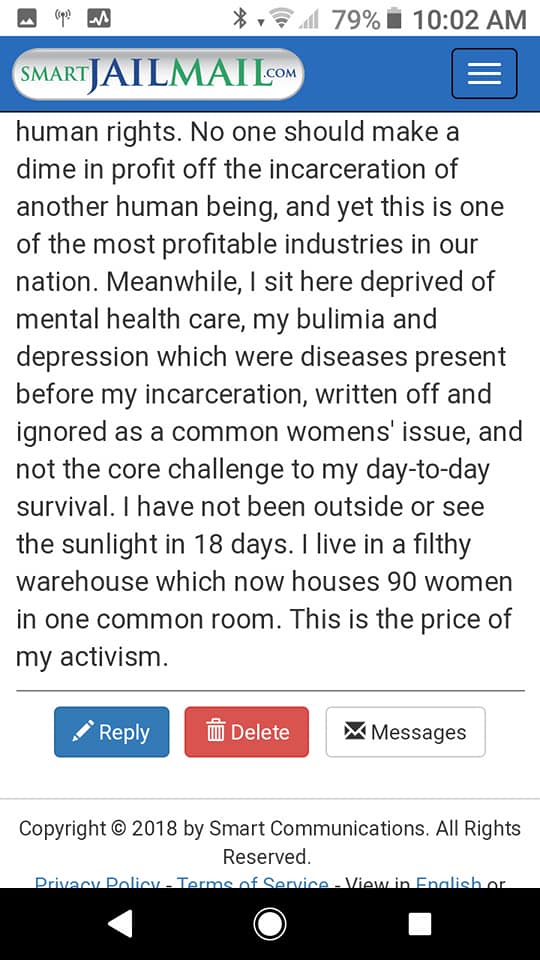 An October 4th message from Reality Winner. Note that she no longer has access to this Smart Jail Mail application.