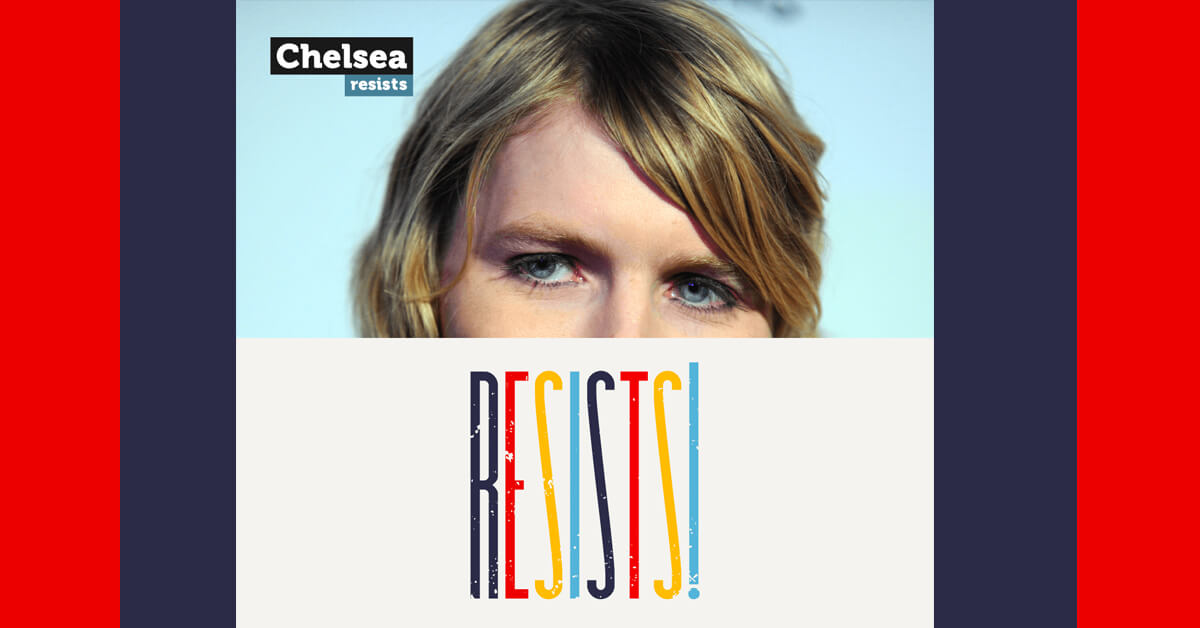 “This is not my first rodeo”

U.S. Army whistleblower Chelsea Manning has been sent back to jail after refusing to answer questions before a grand jury investigating WikiLeaks and its founder, Julian Assange.

The Trump administration is pushing forward on its plan to prosecute WikiLeaks and Assange for publishing the thousands of top-secret documents that Chelsea anonymously provided them in the spring of 2010. The documents provided an overview of the wars in Iraq and Afghanistan, including the “Collateral Murder” video, as well as State Department cables and Guantanamo prisoner information. Chelsea’s 35-year prison sentenced was commuted by President Obama in the final days of his presidency.

She could be jailed up to 18 months this time.

Chelsea Manning spoke to the press prior to be taken into custody, March 8, 2019, at the U.S. District Court, Eastern District of Virginia.

As she was being taken back into custody on March 8, 2019, declaring that, “I will not participate in a secret process that I morally object to, particularly one that has been historically used to entrap and persecute activists for protected political speech.”

I will not comply with this, or any other grand jury. Imprisoning me for my refusal to answer questions only subjects me to additional punishment for my repeatedly-stated ethical objections to the grand jury system. The grand jury’s questions pertained to disclosures from nine years ago, and took place six years after and in-depth computer forensics case, in which I testified for almost a full day about these events. I stand by my previous public testimony.

Daniel Ellsberg responded via the Freedom of the Press website:

Chelsea Manning is again acting heroically in the name of press freedom, and it’s a travesty that she has been sent back to jail for refusing to testify to a grand jury. An investigation into WikiLeaks for publishing is a grave threat to all journalists’ rights, and Chelsea is doing us all a service for fighting it. She has already been tortured, spent years in jail, and has suffered more than enough. She should be released immediately.

Edward Snowden via Twitter added, “I agree with @DanielEllsberg, and admire @xychelsea’s courage. Compelling sources to testify against the journalists with whom they’ve worked threatens the independent function of the free press in an open democracy. She must be released.”

She can NOT accept books or cards.
She can receive letters, as well as newspapers.

Funds will be used for Chelsea’s legal fees and related expenses such as court transcripts, travel, and commissary. If Chelsea does not end up needing these funds they will go to other radical projects of her choosing.

Alexandria, VA — On Wednesday March 6, 2019, Chelsea Manning appeared before a Federal Grand Jury in the Eastern District of Virginia (EDVA) and refused to answer questions from prosecutors regarding the release of information she disclosed to the public in 2010. Chelsea invoked her 1st, 4th, and 6th Amendment protections to provide just cause for her refusal. This morning Chelsea returned to the court for a hearing wherein Judge Hilton found Chelsea in contempt and remanded her into federal custody stating that the length of Chelsea’s detention will be “until she purges or the end of the life of the grand jury.”  The following is a statement from Chelsea Manning’s support committee regarding Chelsea’s detention and Judge Hilton’s contempt order:

“The court’s decision to imprison Chelsea Manning for refusing to comply with a grand jury is pointless, punitive, and cruel.

“Chelsea has clearly stated her moral objection to the secretive and oppressive grand jury process. We are Chelsea’s friends and fellow organizers, and we know her as a person who is fully committed to her principles. If Judge Claude M. Hilton and AUSA Gordon Kromberg believe that subjecting Chelsea to more punishment will change her mind, they are gravely mistaken.

“It is no secret that members of the current administration have openly expressed their hatred for Chelsea. Donald Trump himself has tweeted about his desire to undo Barack Obama’s commutation and put Chelsea back in jail. We reject the logic that Chelsea should comply and answer questions regarding events for which she has already provided ample testimony, and we condemn the government’s punitive efforts to back her into a corner.

“By resisting this grand jury, Chelsea has made the same sacrifice as dozens of activists before her, who have opposed the grand jury system at the expense of their own freedom. Chelsea has already served prison time for standing up against government secrecy and revealing war crimes in Iraq and Afghanistan. We know, and so does the government, that she will not turn tail and allow this shadowy grand jury to eclipse her legacy of speaking truth to power.

All are encouraged to support Chelsea any way they can.  To learn more about Chelsea Resists or to donate to Chelsea’s legal defense visit: https://actionnetwork.org/fundraising/chelsea-manning-needs-legal-funds-to-resist-a-grand-jury-subpoena