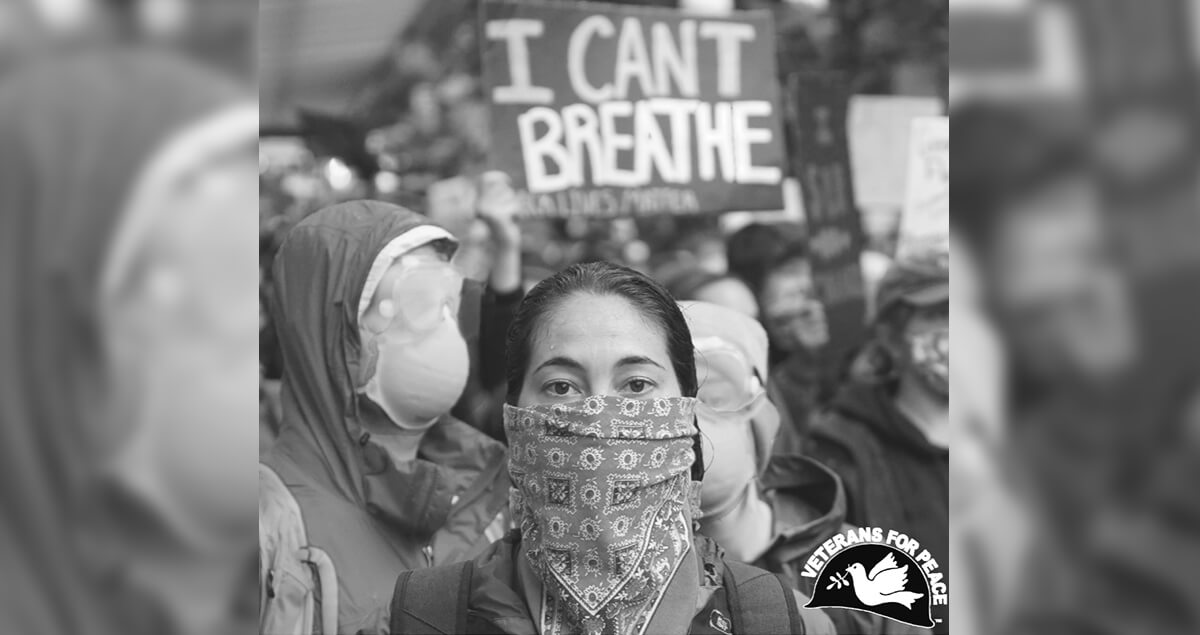 Courage to Resist information appeared on this ad seen by thousands of military members and families this week in the Seattle area!

Seattle, WA. The Seattle Chapter of Veterans For Peace (VFP) placed a full-page “Follow your Conscience” advertisement – see below – today in the weekly newspaper, The Ranger. The paper serves the military community of Army and Air Force units stationed at Joint Base Lewis McChord (JBLM) as well as National Guard units based at nearby Camp Murray. The publisher, Northwestmilitary.com, claims a circulation of 20,000 copies of the free weekly. The Ranger has been distributed on base and in the surrounding communities for generations.

The message calls on soldiers to follow their conscience if deployed opposite civilian protestors who are demonstrating in the wake of recent deaths of fellow Americans while in police custody. All service members swear an oath to uphold the right to free speech and assembly which are essential protections under the Constitution of the United States.

“All soldiers have a conscience,” said Kelly Wadsworth. A former Army Chaplain, Wadsworth served in the Guard/Reserves from 2001 – 2011. She is now a pastor in Seattle and a leader in Seattle’s Chapter 92 of VFP. She said, “I served alongside many phenomenal soldiers who exercised a deep capacity to hold more than one perspective at the same time. Many are curious as to what kinds of moral questions will arise during their time in uniform. This is one of those times. Civilian protestors need civilian changes, not a war savvy militia.”

“We know most soldiers did not sign up to be used against their own people,” said Michael McPhearson, past executive director of VFP and a Captain in the Army during the Gulf War. He is now a member of Seattle’s VFP Chapter 92. “They are in a gut-wrenching predicament,” he said. “Our Veterans For Peace chapter felt the compassionate thing to do is to reach out to those still in uniform. We wanted to let them know we feel the pain of their predicament.”

“We are also concerned history is repeating itself,” McPhearson went on to say. “This year marks the 50th Anniversary of the Kent State Shootings when the Ohio National Guard shot 13 unarmed Kent State students, killing four. We don’t want to see that happen again.”

Michael Dedrick, who served as a sergeant in Vietnam, and is now a member of Chapter 92, said “I take seriously my enlistment oath. Soldiers and veterans need to defend free speech, not repress it.” In addition, he pointed out, “Our Chapter wanted to remind the Brass and the country that this is not the first-time similar circumstances have elicited widespread refusals among soldiers to engage in civilian riot duty.”

In 1968, for instance, troops from Ft. Hood, TX were ordered to go to Chicago for riot control duty at the Democratic National Convention. This deployment led to one of the most powerful rebellions by GIs during the Vietnam era, and the celebrated case of the “Fort Hood 43.” (For additional stories of resistance, see David Zeiger’s award-winning documentary movie, “Sir! No Sir!”.) GI resistance at home encouraged GI resistance overseas, which raised urgent questions about the Vietnam war. This, in turn, encouraged military personnel to further resist back in the States.

Seattle VFP wants personnel on active duty as well as in the Guard/Reserves who are concerned about mobilizing to know that they have some options and support. Servicemembers can 1) call the national GI Rights Hotline at 877-447-4487 for confidential advice; 2) contact the Seattle VFP Chapter 92 ([email protected]), or 3) visit Courage to Resist (couragetoresist.org) to talk through options for the tough situation they are in. 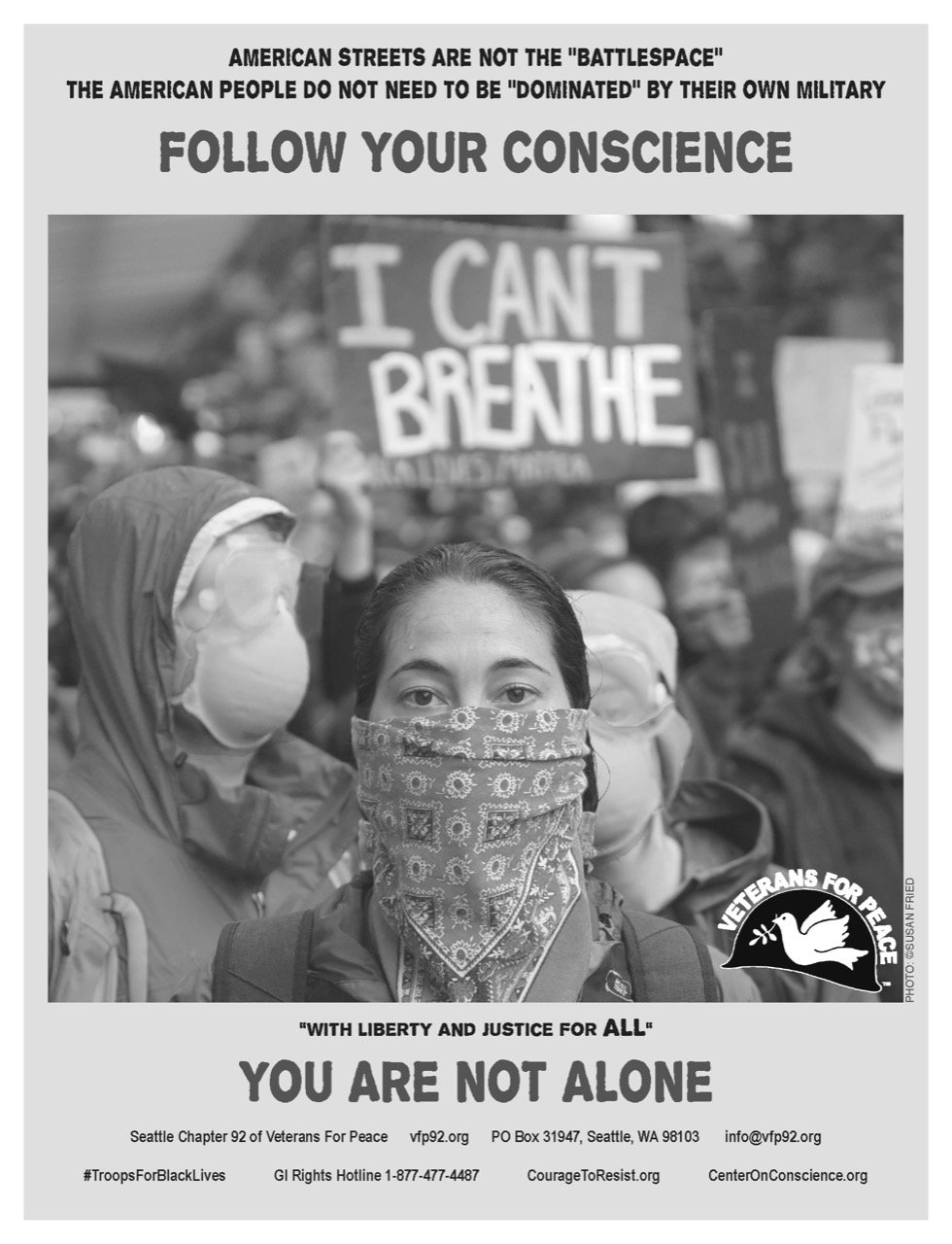 Veterans For Peace Chapter 92 is the Seattle chapter of Veterans For Peace (VFP). Founded in 1985, VFP is a U.S. based nonprofit and educational organization with over 100 chapters in the US and several international chapters. VFP members include veterans of World War II, the Korean War, the Vietnam War, and the US occupations of Iraq and Afghanistan, as well as non-veteran allies. The mission of Veterans For Peace is to abolish war as an instrument of U.S. foreign policy.