End of year appeal for your support; Jan 2023 newsletter 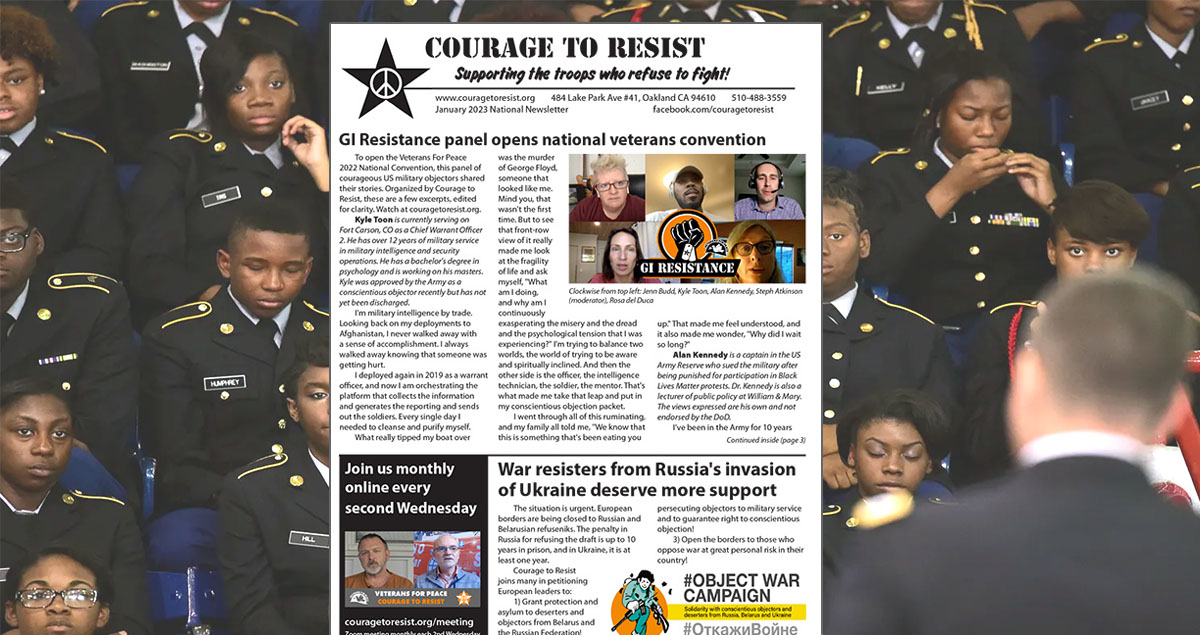 In 1990, I very publicly refused to fight in the Gulf War. In short, I didn’t see increased US military intervention in the Middle East as being that great of an idea, and I realized that I wasn’t into killing people regardless. By then I had served four years as an active duty Marine artillery controller, so I know that I was making a life changing decision that could have sent me to military prison for years. However, because I had political, personal, and legal support for the greater peace community, both locally and nationally, the Marines eventually ended my court martial and discharged me.

Since 2006 when I co-founded Courage to Resist we’ve successfully provided that framework of support to hundreds of US military resisters of various stripes. Some, like Chelsea Manning, became pretty well known. Most, not so.

Today, I’m asking you to consider making an end of year donation to Courage to Resist so that we can continue doing the work that we believe is the foundation for a world beyond war. Your contribution will allow us to visit more high school classrooms to tell the truth about military recruiting, more work with law students to interest them in military legal defense work, and of course, the ability to actually aid war objectors. After taking a look at our enclosed January 2023 newsletter, and the New York Times article below, I’m hoping that you’ll come to the conclusion that our efforts are timely and valuable.

Jeff Paterson
Courage to Resist, Director
Veterans For Peace, Board of Directors