Courage to Resist salutes these four recent service members – with 20-years of drone warfare experience between them – for their courage to resist our nation’s endless drone warfare.

In particular, they argue, the killing of innocent civilians in drone airstrikes has acted as one of the most “devastating driving forces for terrorism and destabilization around the world”. 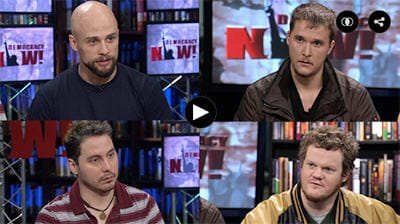 Photo at top of post by Simon Leigh for the Guardian: The letter signatories, from left: Cian Westmoreland, Michael Haas, Brandon Bryant and Stephen Lewis.