In addition to his music, Keith is also famous for his pro-intervention views. “If there is something socially incorrect about being patriotic and supporting your troops, then they can kiss my ass on that, because I’m not going to budge on that at all.” After the September 11th attacks he released the song “Courtesy of the Red, White and Blue (The Angry American),” to celebrate the war on Afghanistan.

Yet despite his strong opinions on the subject, Keith had no problem playing in Saudi Arabia, the country most responsible for the attacks on the World Trade Center, to bolster Trump’s reputation. This means he has no issues with an autocratic regime that’s popularized its own brand of ISIS-like terror. In 2015, Saudi Arabia executed 158 people, beheading almost all of them. Almost half of Saudi Arabia’s executions are for drug-related offenses, but it readily dishes out severe punishment for political dissent. That same year, 17-year-old Ali Mohammed al-Nimr was executed for attending a peaceful pro-democracy protest. He was tortured, crucified, and beheaded. Yes, the government of Saudi Arabia murders political dissidents by publicly crucifying them.

Keith also doesn’t seem to have a problem with Trump signing a $110 billion arms deal with Saudi Arabia, despite the many war crimes they have carried out against Yemen. Not only has Saudi Arabia killed thousands of civilians via bombing, recent evidence shows that Saudi Arabia is deliberately targeting Yemen’s agricultural industry, purposely destroying the country’s farms. Maybe Keith can do an updated version of his post-9/11 hit cheering on these heinous attacks.

The hypocrisy doesn’t stop there with Keith. The man has grown rich playing mind-numbing tunes that encourage young people to go kill and die for Washington elites, but he has no military service of his own to brag about. On “American Soldier” he presumably imagines himself ducking gunfire in Iraq.

Justice will be served and the battle will rage
This big dog will fight when you rattle his cage
And you’ll be sorry that you messed with
The U.S. of A.
‘Cause we’ll put a boot in your ass
It’s the American way

Courtesy of the Red, White and Blue (The Angry American) 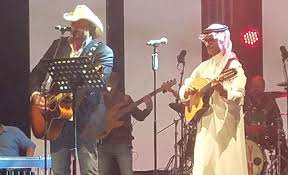 And I will always do my duty, no matter what the price.
I’ve counted up the cost, I know the sacrifice.
Oh, and I don’t want to die for you,
But if dying’s asked of me,
I’ll bear that cross with honor,
‘Cause freedom don’t come free

Ted Nugent: How to avoid the draft 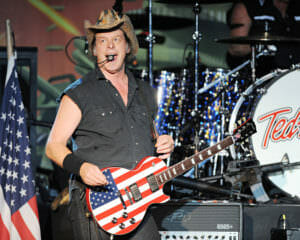 Keith’s contradictions mirror those of another Trump-loving musician: the rabidly right-wing Ted Nugent. While Keith vaguely implies he had better things to do than join the military, Nugent is a bit more straightforward. “I’d be a colonel before you knew what hit you, and I’d have the baddest bunch of motherf*ckin’ killers you’d ever seen in my platoon,” he once declared, “But I just wasn’t into it. I was too busy doin’ my own thing, you know?”

Nugent has proudly claimed that he avoided Vietnam by taking drugs, defecating in his pants, and acting crazy during his physical examination. In 1977, he explained to High Times magazine how he prepared for his induction physical:

I got my physical notice 30 days prior to. Well, on that day I ceased cleansing my body. No more brushing my teeth, no more washing my hair, no baths, no soap, no water. Thirty days of debris build. I stopped shavin’ and I was 18, had a little scraggly beard, really looked like a hippie. I had long hair, and it started gettin’ kinky, matted up. Then two weeks before, I stopped eating any food with nutritional value. I just had chips, Pepsi, beer—stuff I never touched—buttered poop, little jars of Polish sausages, and I’d drink the syrup. I was this side of death. Then a week before, I stopped going to the bathroom. I did it in my pants – poop, piss – the whole shot. My pants got crusted up.

“I was extremely anti-drug as I’ve always been, but I snorted some crystal methedrine,” he added. “In the mail, I got this big juicy 4-F. They’d call dead people before they’d call my ass.”

Years later, after repeatedly telling this story, Nugent the staunch conservative would back away from this history by claiming he had been lying. However, his draft records show that he was rejected for service based on his medical examination. Nugent has never offered an alternative, legitimate medical reason for his ability to avoid the draft.

It makes sense that Keith and Nugent openly support Donald Trump, our country’s most prominent chickenhawk. Trump has no problem dropping bombs and stirring up international conflicts, but during the Vietnam War there’s no question that he dodged the draft.

After exhausting a series of college draft deferments, the President claimed he had “bone spurs” in his feet. With the help of the family doctor this “short term” medical issue lasted for four plus years. Then in 1972, his Vietnam draft records show that somehow this became a permanent service disqualifying injury. However, the “injury” would go untreated, and decades would pass before anyone mentioned the subject again. It wasn’t until Trump’s current doctor declared, “If elected, Mr Trump, I can state unequivocally, will be the healthiest individual ever elected to the presidency,” did anyone bother to ask how his bone spurs were doing. Trump admitted to the New York Times that he felt a “little bit guilty” for never serving in Vietnam.

Trump’s political career might have just started, but he joins a long line of chicken hawk lawmakers who have and continue to push war while being rich enough to avoid it for themselves. 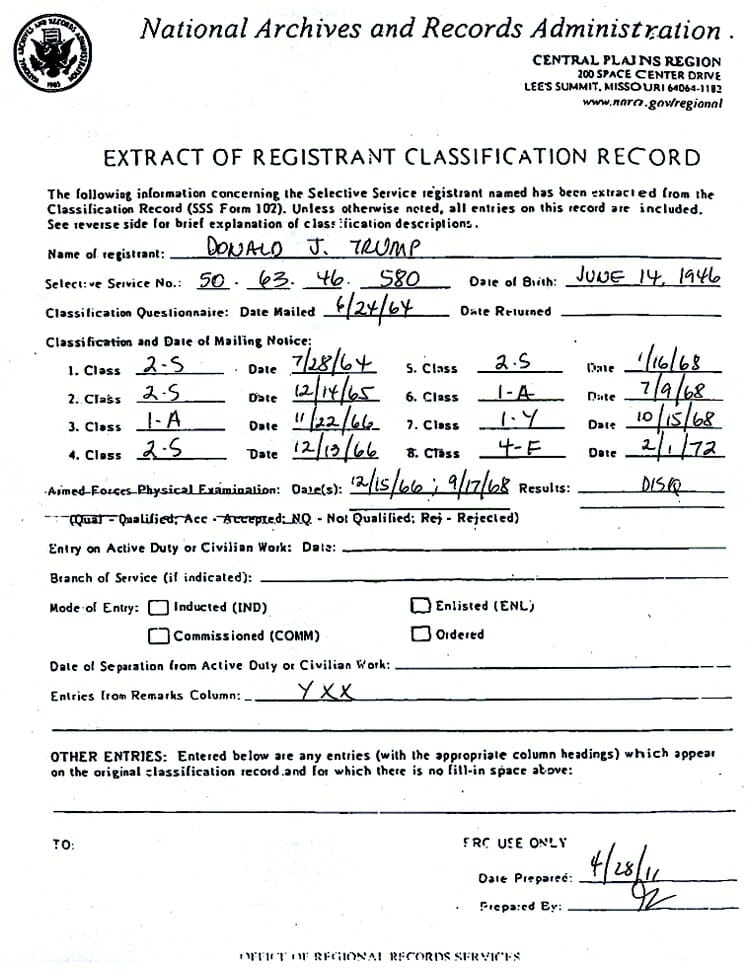 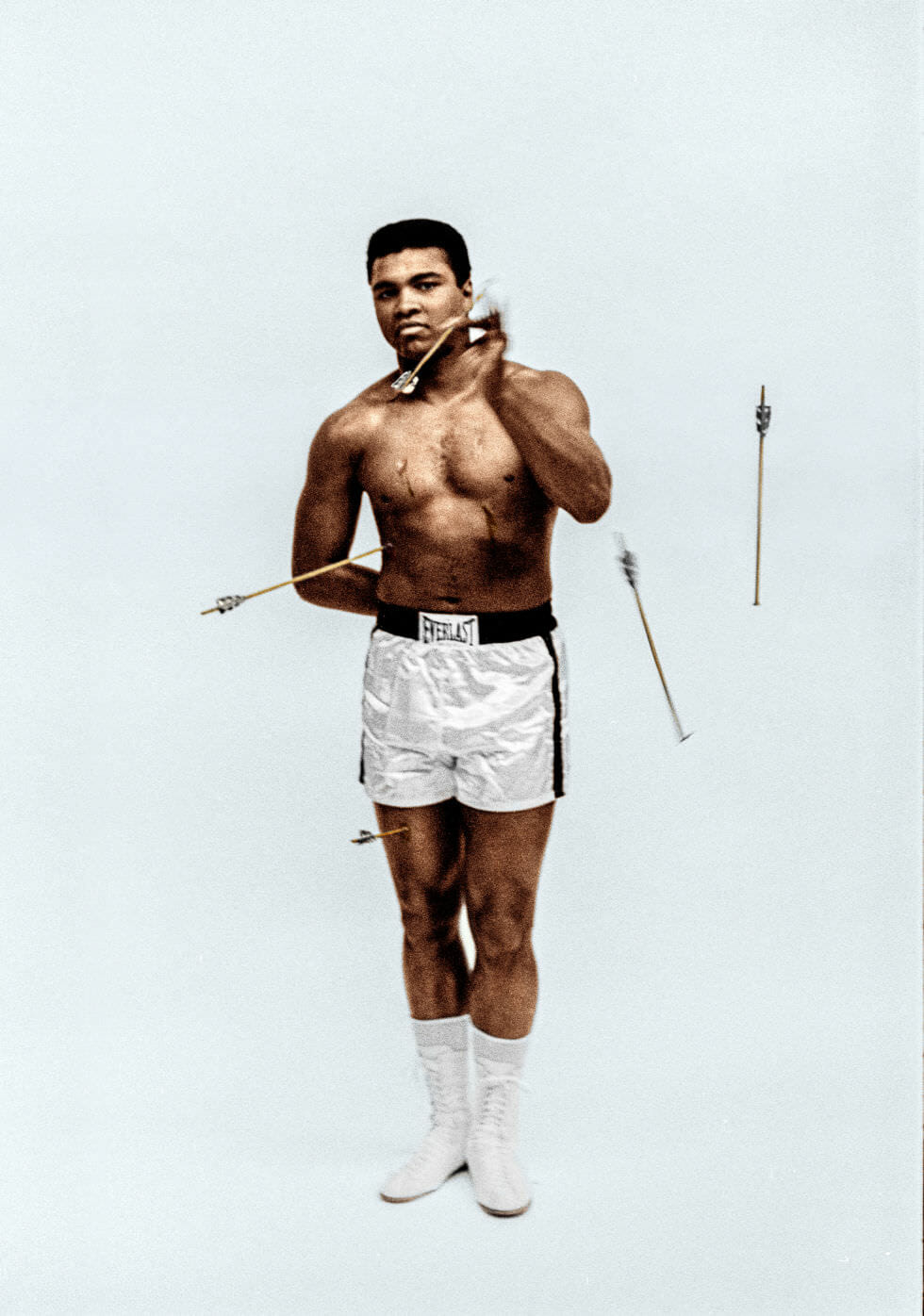 Muhammad Ali after being stripped of his title for conscientious objection to the Vietnam War. Photo by Carl Fischer, Esquire magazine, 1968.

I don’t have a problem with individuals, including Keith, Nugent, and Trump, refusing to fight in unnecessary wars of conquest. In fact, it’s the sensible and logical thing to do. Courage to Resist supports people that refuse to fight endless war for empire, even people we don’t agree with on many things. I doubt that someone in a land being occupied by US forces cares one bit as to why there’s one less foreign soldier busting down their door.

Organizations like Courage to Resist, Iraq Veterans Against the War, Veterans for Peace, and the GI Rights Hotline, stand up for brave women and men who have become disillusioned with their role in the United States’ brutal foreign policy. Every year, soldiers question why they are being led into slaughter, why a certain country has been declared the enemy, or who the drones they operate are actually killing. To them, war isn’t something to casually brush off. It’s not a country song for people to sing along to in a packed stadium. For them, war is a hell that is to be resisted—often at great personal cost.

“No, I am not going ten thousand miles from home to help murder and burn another poor nation simply to continue the domination of white slave masters of the darker people the world over,” declared Muhammad Ali about the Vietnam War as he knowingly faced years in prison for refusing to fight. Ali was willing to give up his career and do jail time for his beliefs, despite his fame and fortune. Many did do jail time, and many more left their home to settle in Canada. Contrast this kind of sacrifice with the hollow pop-patriotism of the Ted Nugent’s and Toby Keith’s of the world.

Any person who is a proponent of a war while not enlisting and going off to fight in said war. A kind of hypocrite. Really, a chickenhawk is one who says: “it’s okay for other mother’s sons and children’s fathers to go off and get shot, dismembered and incinerated… 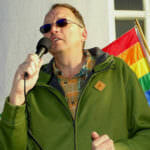 Jeff is the Project Director of Courage to Resist, an organization that has supported US military war resisters and whistle-blowers since 2007. As an US Marine artillery corporal, he was the first to publicly refuse to fight in Iraq leading up to the 1991 Gulf War.