Confirmed: Chelsea Manning has been released from prison!

“After another anxious four months of waiting, the day has finally arrived. I am looking forward to so much! Whatever is ahead of me, is far more important than the past. I’m figuring things out right now–which is exciting, awkward, fun, and all new for me.”

Chelsea Manning has released her first photo, of her first steps as a free woman on Twitter @xychelsea, and on Instagram @xychelsea87 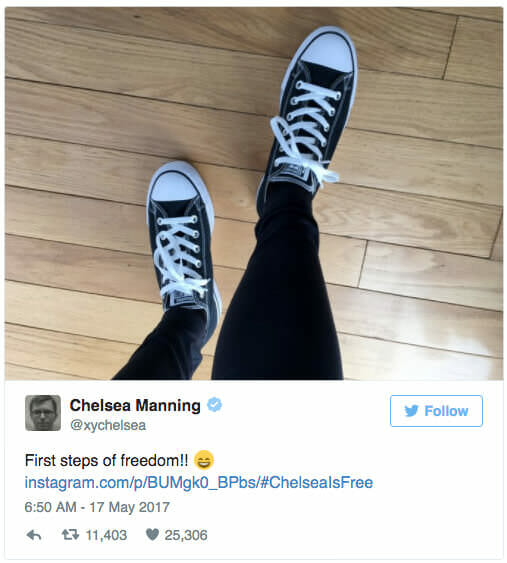 “We are able to confirm that Chelsea Manning has been released safely from military prison. Thank you to everyone for ensuring her safe release and respecting her privacy as she starts to adjust to life outside of prison and rebuild her life following seven years of confinement. Chelsea has expressed her deep appreciation to her supporters and looks forward to the future.”

Chase Strangio, staff attorney with the ACLU, had the following reaction:

“It is incredible to witness Chelsea Manning’s freedom after having seen and worked with her behind bars for four years. We can all finally truly celebrate the strength and heroism she has shown in surviving and sharing her truth and life with all of us. Through extended periods of solitary confinement and up against the government’s insistence on denying her medical care and existence as a woman, Chelsea has emerged with grace, resilience, and an inspiring amount of love for others. I am humbled to fight alongside such a fierce advocate for justice.” 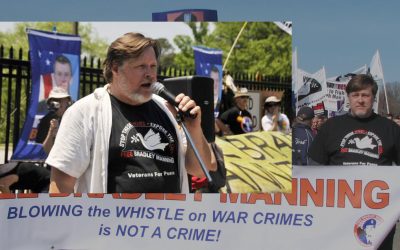 Last week we were shocked to hear of the sudden passing of our friend Kevin Zeese. Online tribute to be held September 19th. 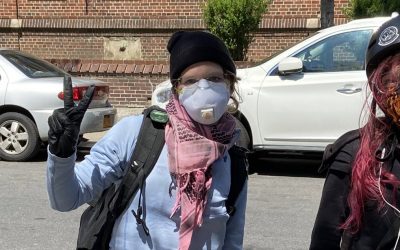 “Thank you, truly, for your unwavering love and support during this entire ordeal. You enabled Chelsea to maintain her principled stance.” 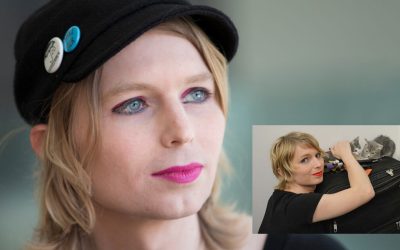 Chelsea Manning is free and quarter million in fines paid! 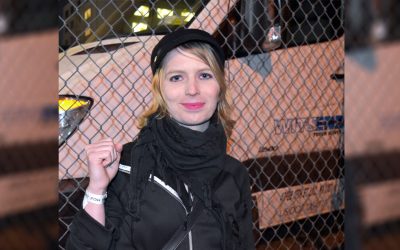 Chelsea Manning on her opposition to the grand jury process

“I object to the use of grand juries … to frighten journalists and publishers, who serve a crucial public good.” 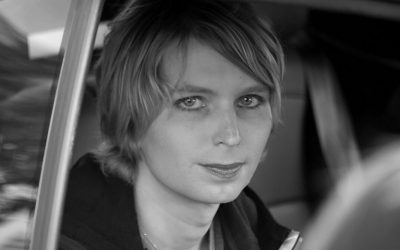 “Nothing that will convince me to testify before this or any other grand jury for that matter.” – Chelsea Manning 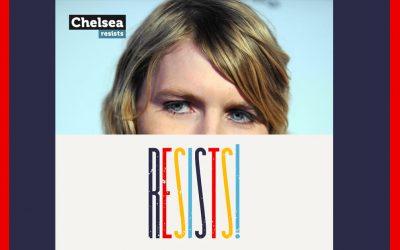 Jailed for refusing to collaborate with the WikiLeaks grand jury, Chelsea declared “I will not comply with this, or any other grand jury.”