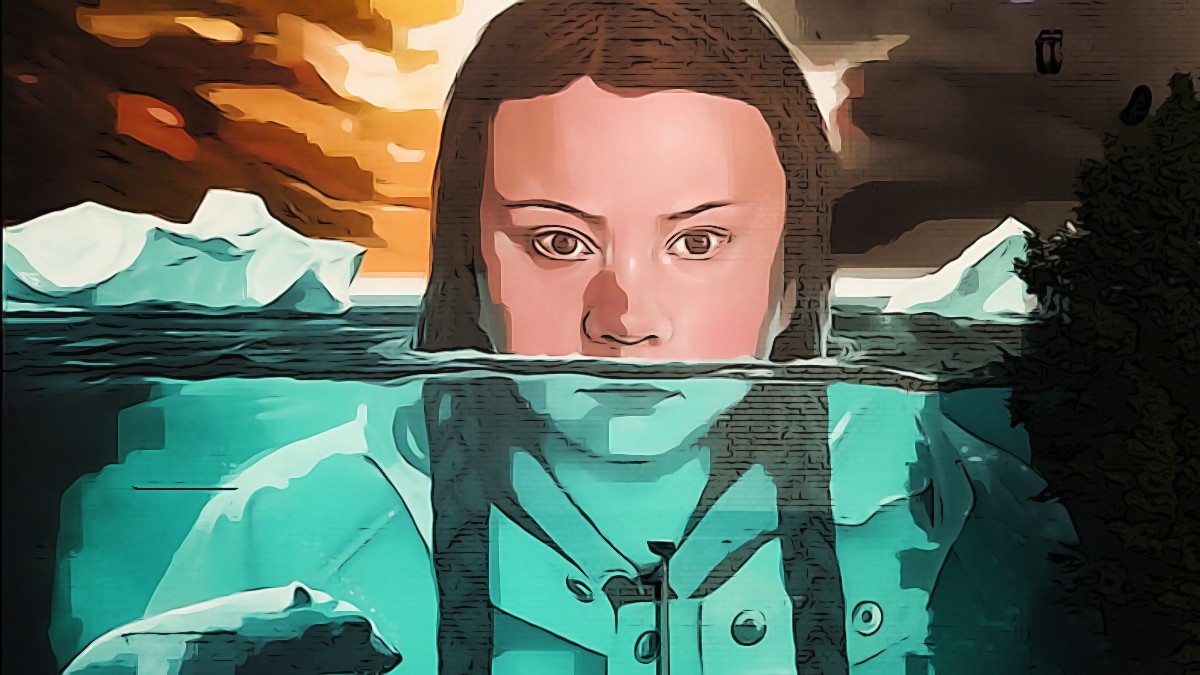 For the past fifteen years, Courage to Resist has resolutely stood side by side with those bravely speaking out against the U.S. war machine. We’ve seen first hand the incredible accomplishments possible when people mobilize, even in opposition to the seemingly monolithic Pentagon.

Now the youth are demanding that we address climate change because they believe they have a right to a future. As an anti-war organization, Courage to Resist is standing in solidarity and partnership with the #ClimateStrike actions happening nationally and globally this September 20-27th. As a peace waging organization, we understand that we’ve been fighting militarism’s environmental destruction for decades. And we remember Martin Luther King Jr.’s directive to heed three intertwined evils – militarism, racism and economic exploitation.

The #ClimateStrike sits squarely at the intersection of these evils and also squarely on our own shoulders of responsibility. We haven’t always talked about it, but here’s a fact that maybe we’ve simply taken for granted far too long: The U.S. military is the largest single source of climate-destroying pollution.

Ransacking the earth for all that can be taken is economic/environmental war. For older anti-war/peace folks, it’s critical that we support the youth rebelling against extinction. We need to call-out the military crime syndicate that’s waging endless war against people and our planet.

The geo-political war industry’s fight over the control of fossil fuel resources, the sheer amount of fossil fuels used by the Pentagon as a whole, and the industrial extraction of fossil fuels combine to be the major driver of climate change.

Recently a researcher studying military bombardment in Fallujah found “the highest rate of genetic damage in any population ever studied.” The humanitarian and environmental impact of industrialized militaries is staggering. And the U.S. military is at the helm of industrial warfare and industrial exploitation.

Listen to the children yelling at us, ‘Do Something!’ Look up what actions are going on near you, join an adults’ contingent, and bring your journal to take notes on how the kids are leading it this time. 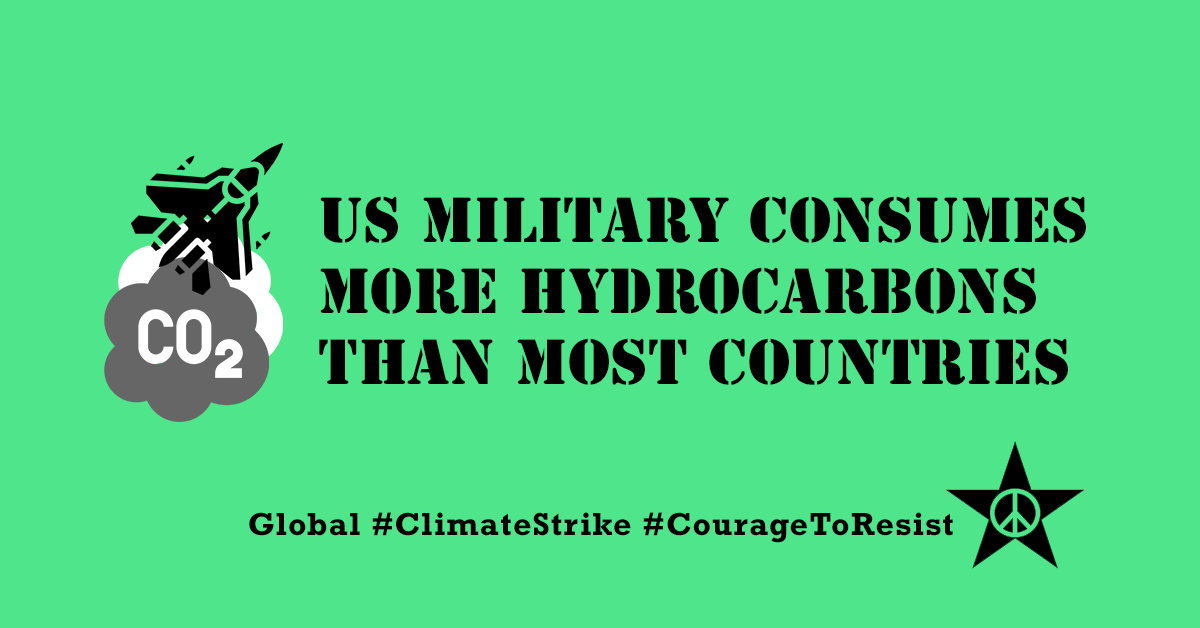 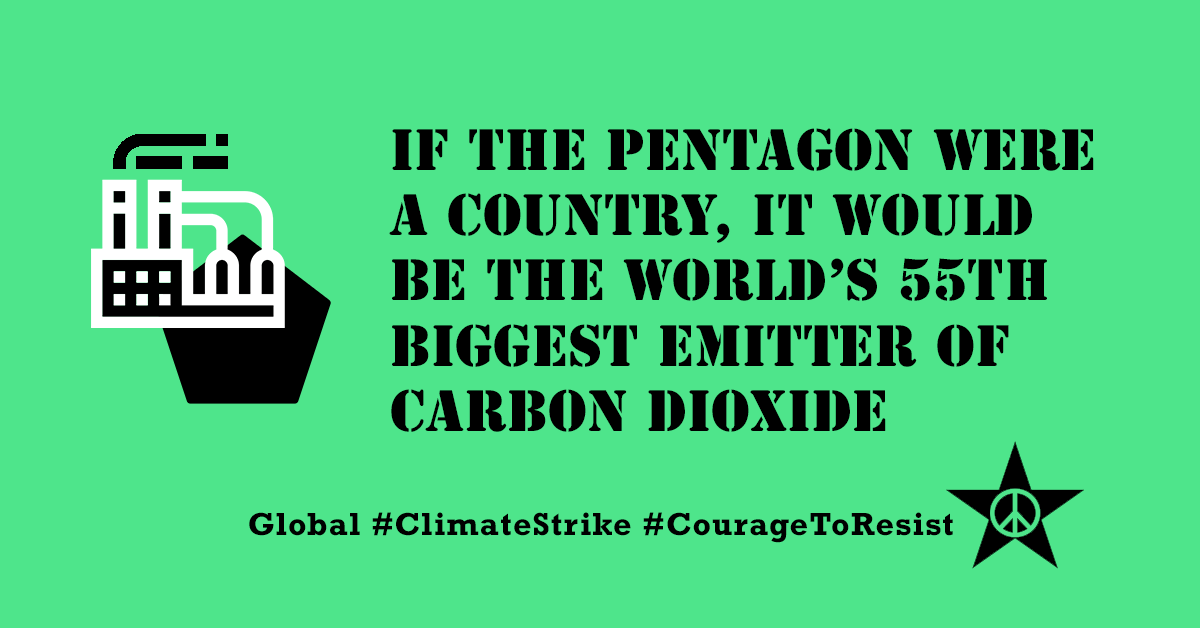 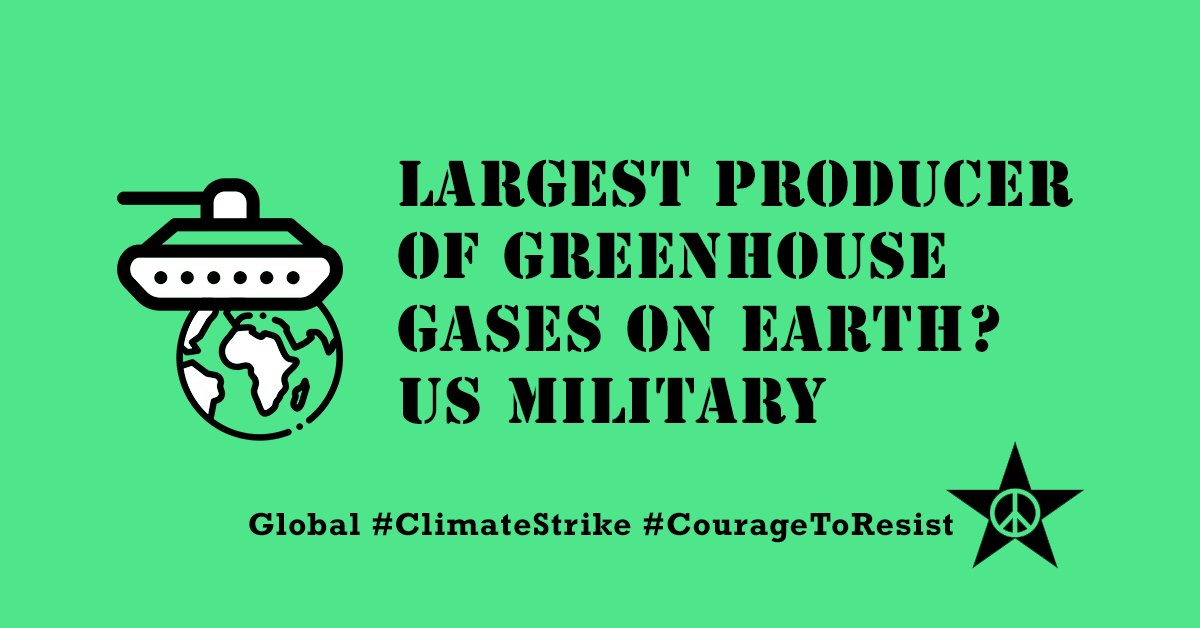 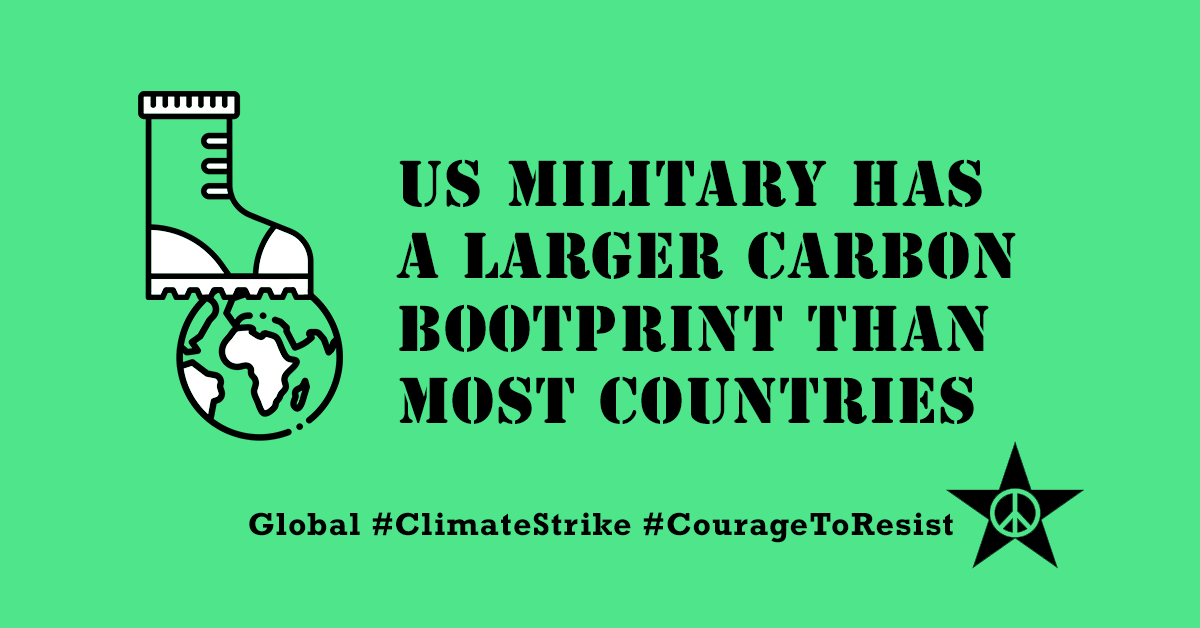 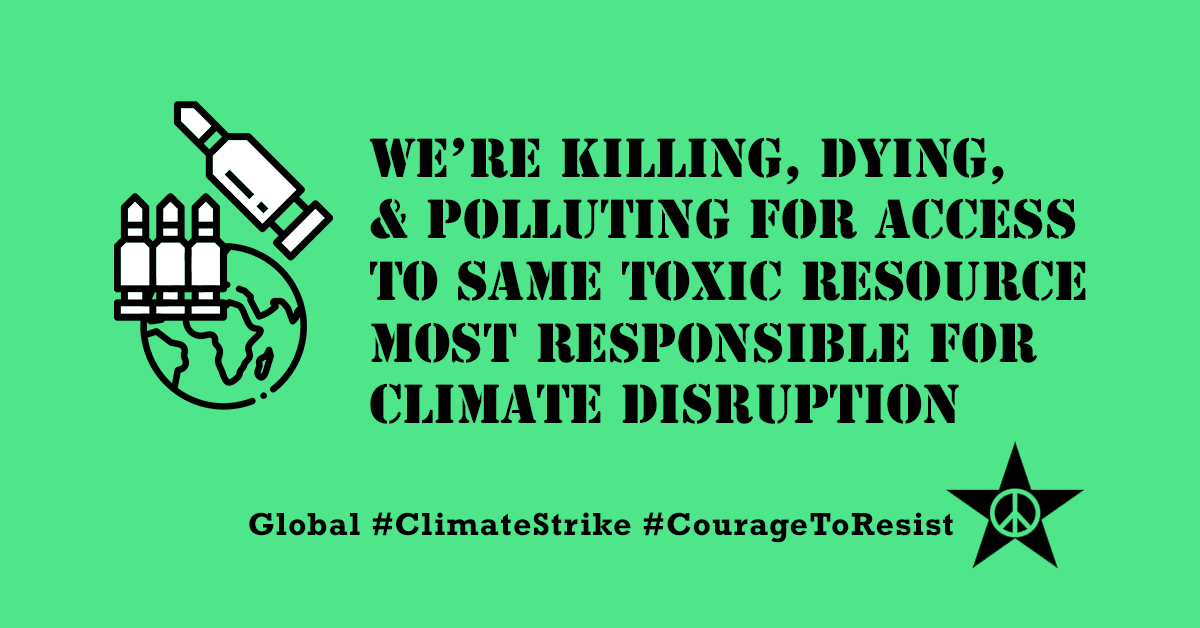