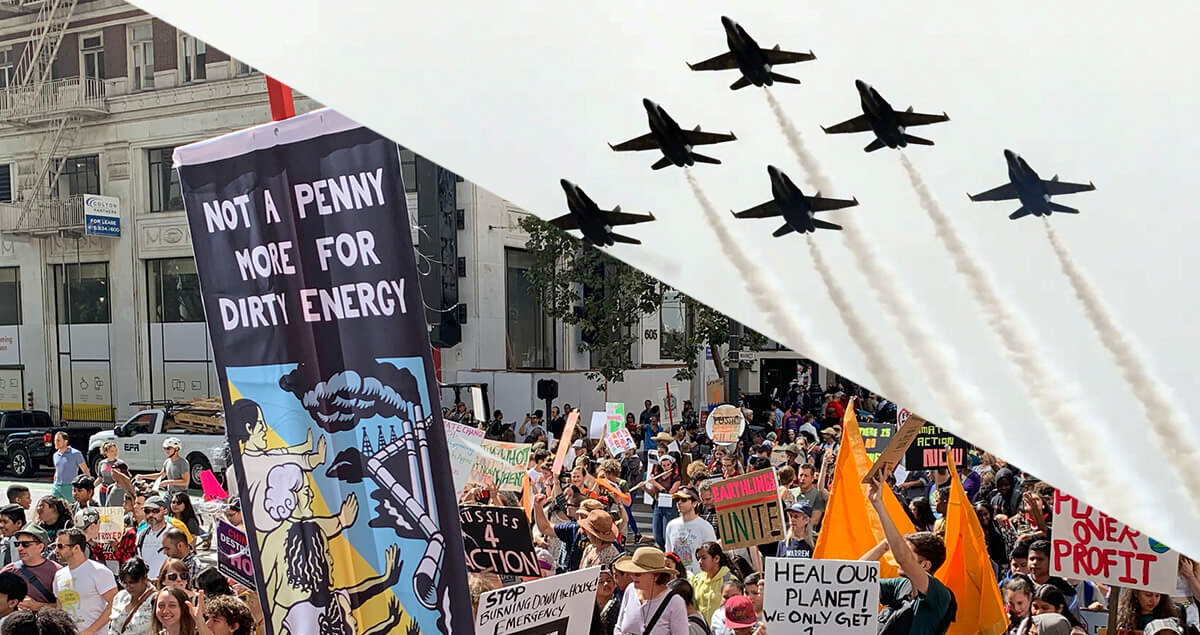 by Courage to Resist

Millions of people worldwide recently joined the Global Climate Strike and pushed forward the consciousness that climate justice is not just an environmental issue but is an ethical one. And youth were front and center. Roughly 4,638 events took place in 139 countries, according to Greta Thunberg. Today, Extinction Rebellion is in the middle of a two week “international rebellion,” in order to declare a “Climate and Ecological Emergency.”

Here in the San Francisco Bay Area, where the Courage to Resist office is located, were currently under a week-long CO2 attack by the military’s Blue Angels. This display of militarism is producing at least 745,000 pounds of C02 based on Earthlab’s estimate of 23.88 pounds of C02 per jet fuel gallon. This certainly underscores why the US military is the largest producer of green house gases on Earth, in a very local way.

Moving forwards Greta is continuing to call for students worldwide to join in her #FridaysForTheFuture in which students strike school and sit outside their parliament or local governmental building. Many have now joined Greta’s momentum to assert that at this point only rebellion will prevent an ecological collapse. In grave illustration, last month was recorded as the warmest September ever tracked globally.

Another impact of the Climate Strike has been the call for attention to many other young climate activists of color who have not gotten the attention or recognition Greta has garnered. This is a mediating effect of the invariable white savior treatment the media has given Thunberg. The young activists of color receiving more attention for their years of work include Ridhima Pandey and Aditya Mukarji of India, Kaluki Paul Mutuku of Kenya, indigenous youth Nina Gualinga from the Ecuadorian Amazon, Autumn Peltier of Canada, and Leah Namugerwa of Uganda to name just a few. Here in the Bay Area a local group has emerged, Youth vs. Apocalypse, organizing the climate strike and collective actions.

For our own part we know that if we stay focused on dismantling militarism of the U.S., this can have monumental consequences on climate change. U.S. gun manufacturers are exporting weapons that help fuel immigration while we are littering polluting the world with guns. And we cannot even conceptualize the modern oil and fossil fuel industry without recognizing the massive role that armies play in maintaining geo-political landscapes. The U.S. military protects extractive industries while being the single largest industrial consumer of fossil fuels worldwide. We know from history that wars ravage ecosystems, leave untracked toxins and hazardous chemicals while areas around military bases are known to have contaminated water sources, soil and landscapes.

Being direct about climate change and not caring about what people think is Grata’s superpower, as she has explained about Asperberger’s. What is yours? It’s time to figure it out because now is the time to use it! 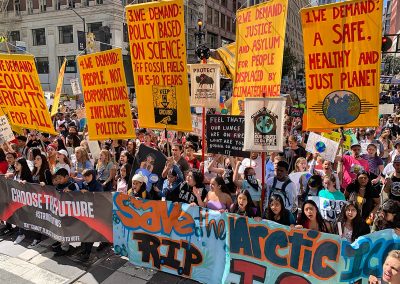 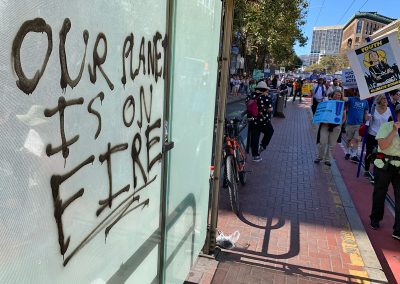 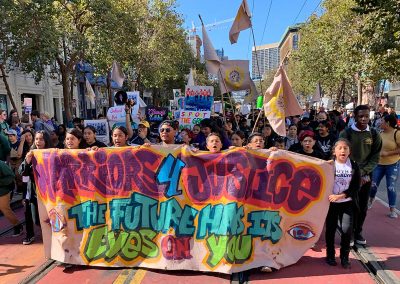 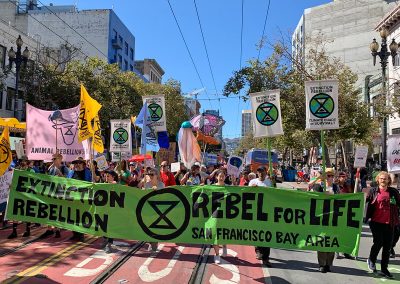 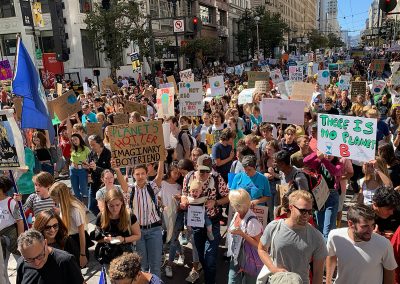 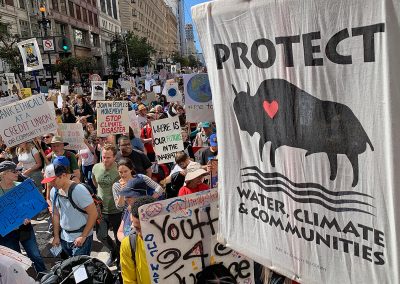 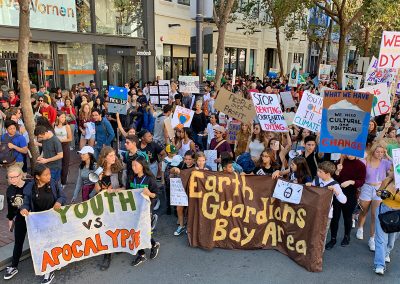 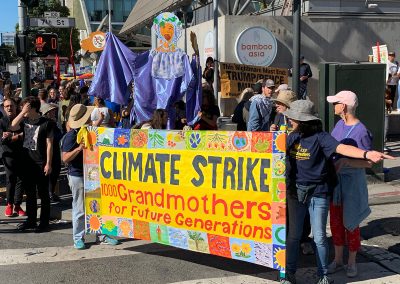 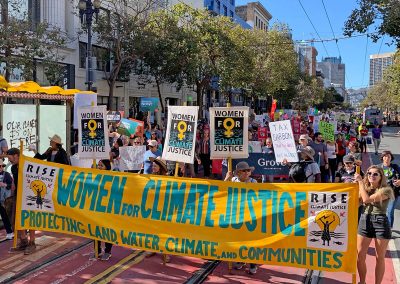 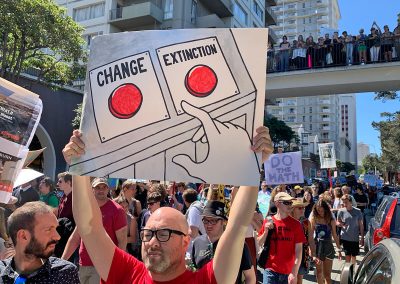 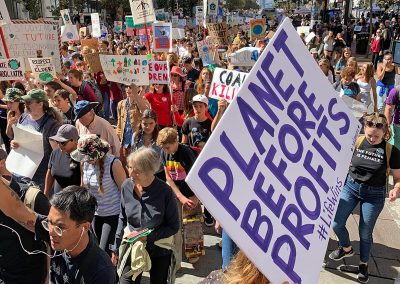 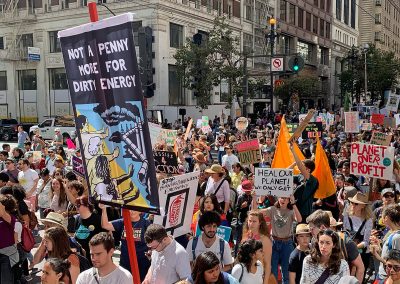 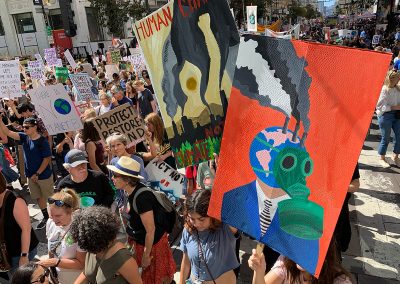 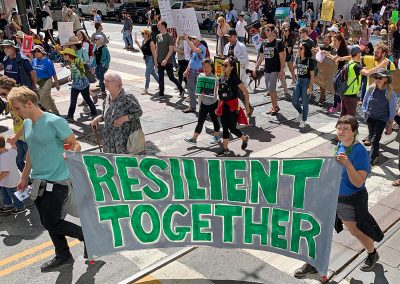 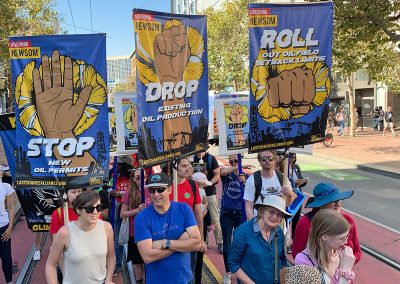 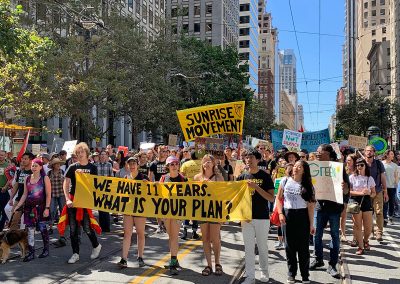 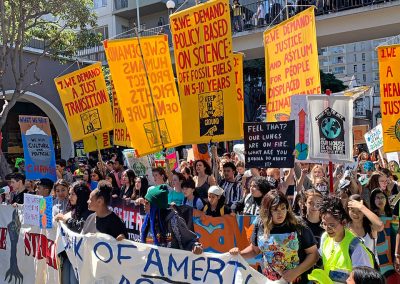 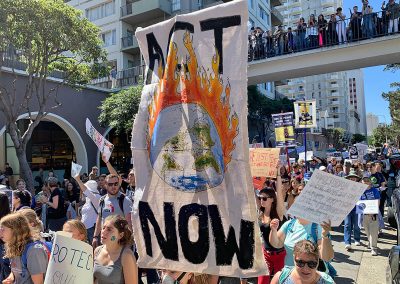