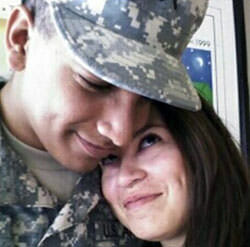 By the Oklahoma Center for Conscience. July 1, 2013

Update: War objector Army PV2 Christopher Munoz was ordered to deploy on July 4, 2013. He reported as ordered, but refused to deploy as a matter of conscience. His attorney James Branum shared, “We are very grateful for the dignified way his NCO’s treated him… We do not know yet what punishment he may face because of his actions.”

Killeen, Texas: A soldier seeking a discharge from the Army based on a conscientious objection to war has been told by the command at Fort Hood that it still intends to deploy him to Afghanistan sometime in the coming weeks. Private Second Class Christopher Munoz, 22, applied for a C.O. (conscientious objector) discharge on June 25, 2013. He has also asked for his deployment to be delayed until request for discharge would be given a fair hearing.

Members of the public are encouraged to sign a petition to the command asking that PV2 Munoz be exempted from deployment until his CO claim has been fully adjudicated. Please sign the petition here, and for more information, please visit www.christophermunoz.me

Servicemembers are eligible for C.O. status if they can prove to military authorities that they are opposed to all wars, and that the opposition is grounded in religious belief or moral conviction that is sincere and occurred at some point after enlistment. PV2 Munoz’s application asserts that he qualified for this status according to the provisions of Army Regulation 600-43.

As a C.O applicant, PV2 Munoz will, by military regulation, be unable to carry weapons or munitions if deployed.

“If deployed, PV2 Munoz will be at significant risk for harassment by his fellow soldiers since he will effectively be a ‘dead weight’ on the unit. Despite these very real risks, PV2 Munoz’s command has said that a delay of his deployment will not be considered,” said James M. Branum, an attorney who represents PV2 Munoz.”

The regs are clear on this matter,” said Rena Guay, Executive Director of the Oklahoma Center for Conscience. “This seems to be another case in which the Army command willfully ignores the regulations that are supposed to govern their actions, and tries to push a vulnerable individual into a situation that will put them and their fellow GIs at risk. Private Munoz has the right to present his case for CO status to the Army and have it seriously considered.”

“We will be closely monitoring this case,” said Kathleen Gilberd, Executive Director of the Military Law Task Force of the National Lawyers Guild. “Unfortunately many commands do not act in good faith when conscientious objector claims are first filed, despite the long history of military law and regulation that supports the rights of conscientious objectors.” 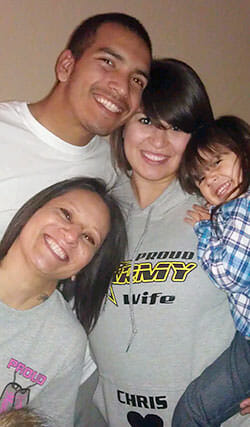 “Such a deployment makes no sense for the Army or its mission,” said Chuck Fager, recently retired Director of Quaker House, a military counseling project near Fort Bragg NC that works with military CO’s. “It will only create a lot of unnecessary bureaucratic complications for the command, not to mention the problems for the CO. It’s the last thing anyone involved needs.”

PV2 Munoz’s legal defense efforts are supported by Courage to Resist (an organization dedicated to supporting war resisters), Veterans for Peace, the Oklahoma Center for Conscience and other organizations.

PV2 Munoz was stationed at Fort Hood after completing initial training in April 2013. He is married and has a 3-year-old child.