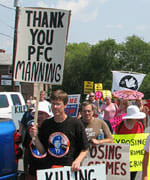 Amnesty International is concerned that the conditions inflicted on Bradley Manning, the soldier accused of leaking information to Wikileaks, are unnecessarily severe and amount to inhumane treatment by the US authorities. Bradley Manning has not been convicted of any offense, but military authorities appear to be using all available means to punish him while in detention. The conditions under which Bradley Manning is held appear to breach the USA’s human rights obligations.

The Bradley Manning Advocacy Fund launched earlier today, February 22, 2011, in support of the United States Army soldier accused of disclosing classified materials. The Fund focuses on connecting the media and the public with friends, experts, journalists, retired military members, whistle-blowers and academics who can provide insight and expertise on PFC Manning and his case, as well as correcting widespread misinformation.

“The Advocacy Fund serves a vital function in our movement, providing the public with truthful information about the case and combating the widespread misinformation about Manning. We’re happy to be working alongside the Advocacy Fund and promoting each others’ efforts,” said Mike Gogulski, founder and steering committee member of the Bradley Manning Support Network.

The Advocacy Fund is a 501(c)(4) organization hosted by the Institute for Media Analysis. 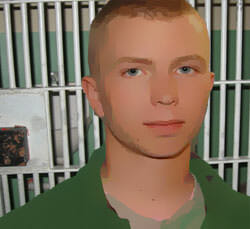 By unanimous vote, the Berkeley, California, City Council passed a resolution in defense of Bradley Manning’s human rights on February 15, 2011. The resolution reads in part: Be it resolved that the Council of the City of Berkeley (California) calls for the immediate end to the cruel, inhuman, and degrading treatment of anyone subjected to such conditions including PFC. Bradley Manning during him military confinement… Bradley Manning has yet to receive a trial date and is innocent of all charges until proven guilty.

Read the original full version of the resolution here (PDF).

We need your help in pressing the following demands:

End the inhumane, degrading conditions of pre-trial confinement and respect Bradley’s human rights. Specifically, lift the “Prevention of Injury (POI) watch order”. This would allow Bradley meaningful physical exercise, uninterrupted sleep during the night, and a release from isolation. We are not asking for “special treatment”. In fact, we are demanding an immediate end to the special treatment.