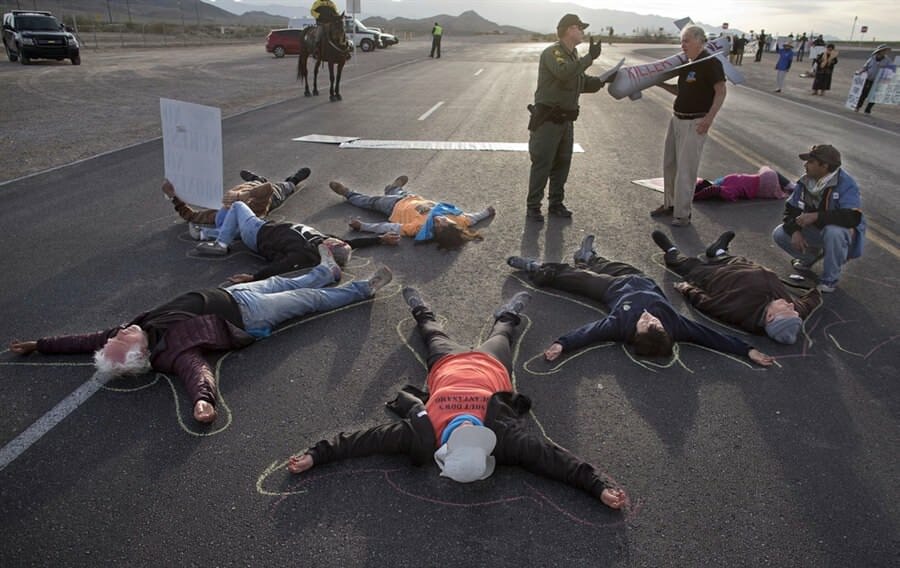 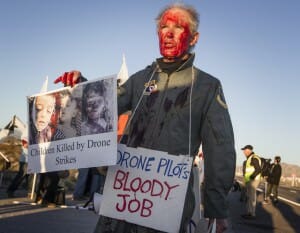 At Creech Air Force Base, Indian Springs, Nevada, 140+ activists joined together for a national mobilization of nonviolent resistance to shut down killer drone operations in Afghanistan, Pakistan, Yemen, Somalia, and everywhere. Although the March 4-6 protest was non-violent and there were no injuries, 33 of the protestors were arrested for “blocking the road and trespassing”.

In 2005, Creech Air Force Base secretly became the first US base in the country to carry out illegal, remotely controlled assassinations using the M Q-1 Predator drones, and in 2006, the more advanced Reaper drones were added to its arsenal.

Creech drone personnel sit behind computers in the desert north of Las Vegas and kill “suspects” thousands of miles away. Recent independent research indicates that the identity of only one out of 28 victims of U.S. drone strikes is known beforehand. Though officials deny it, the majority of those killed by drones are civilians.

“Americans have been led to believe in the fantasy that drones are special weapons that can stop terrorism, but the solution to ‘terrorism’ is obviously not for the United States to do more killing. The answer must begin with the United States stopping its part in the cycle of killing in the Middle East and Afghanistan, ending its occupation there, and allowing people to resolve their own issues,” said one anti-drone activist, Nick Mottern.

The event was proudly sponsored by Courage to Resist, CODEPINK: Women for Peace, Nevada Desert Experience, Veterans For Peace, Women’s International League for Peace and Freedom, Voices for Creative Nonviolence and others, and received media attention from local press, the Las Vegas Review Journal. 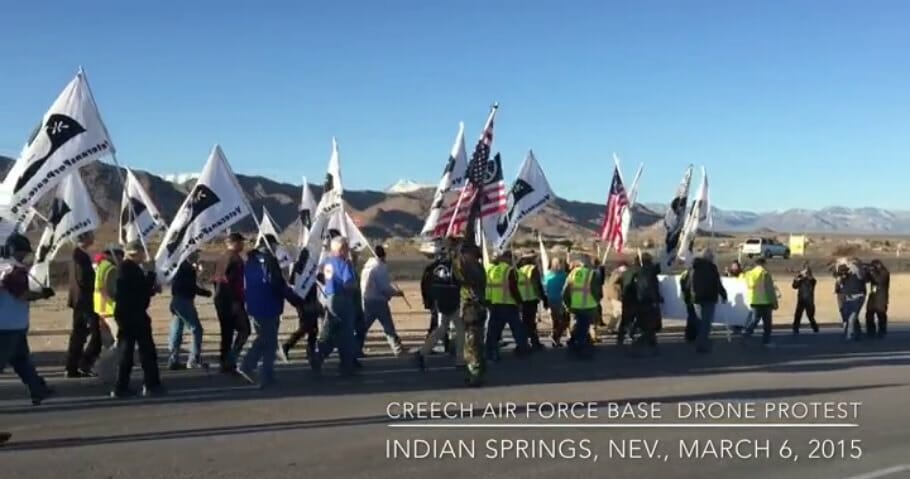