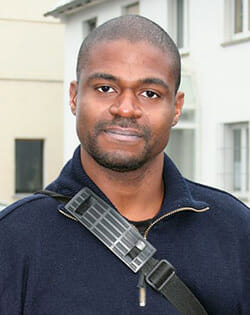 In the legal case of U.S. AWOL soldier André Shepherd, the European Court of Justice Advocate General, Eleanor Sharpton, ruled that those endangered by prosecution or punishment for refusal to perform military service involving an illegal war or committal of war crimes, should be protected by the European Union. This is a best-case situation for André heading into his asylum hearing. Rudi Friedrich of Connection e.V. (Germany) stated, “Should the European Union Court of Justice respect the Advocate General’s final opinion, the position in asylum cases of military service refusers and deserters will be significantly reinforced.” André, upon reading Sharpton’s decision, “The final opinion gives me new reason for optimism, both in my own case, and for the rights of other deserters.”